A Prescription For Better Health In Suffolk 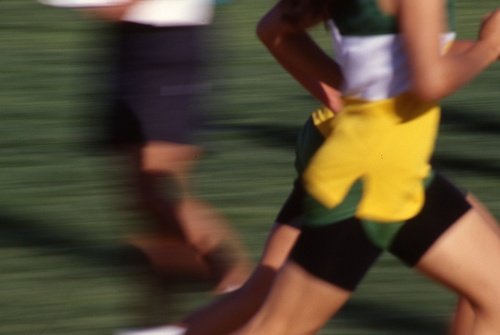 Hauppauge, NY - November 20, 2014 - Health Care professionals may soon begin giving patients "prescriptions" to get active in public parks in Suffolk County where law makers yesterday adopted legislation to create a Parks Rx program.  The bill, sponsored by Legislator Kara Hahn (D-Setauket), will create a comprehensive online database and map of all municipal parks in Suffolk with details on the types of exercise activities available at each.  Once the map is created, medical practitioners will be encouraged and have the ability to “prescribe” outdoor activity as a treatment for a number of ailments including obesity, Type II Diabetes and even depression.

“When it comes to following doctor’s orders for health, it seems that the one prescription patients are quick to ignore is an exercise regimen,” said Legislator Hahn.  “The medical community has long maintained that exercise is critical to healthy living.  Once the site is established, a doctor’s consultation may include a computer, localized map and a discussion about specific activities he enjoys.  This program is not a magic pill, but will provide doctors with a tool that can guide their patients to local places where they can easily pursue this low cost, low tech, but highly effective treatment that will help them live healthier and more productive lives.”

“Childhood and adult overweight and obesity have reached epidemic proportions in New York State (NYS).  24.6 percent of adults are obese and another 35.6 percent are overweight, affecting an estimated 8.5 million.  Overweight and obesity affect 40 percent of New York City (NYC) public school student’s ages 6-12 years and 32 percent of students in the rest of the state.  In addition, obesity and overweight are the second leading causes of preventable death in the United States (US) and may soon overtake tobacco as the leading cause of death,” said Sunil Dhuper, MD, chief medical officer at St. Charles Hospital.  “Exercise has been shown to improve cardiovascular disease risk factors and many other aspects of health including glycemic control (Type 2 diabetes) and obesity. The recent Parks Rx bill adopted by the Suffolk County Legislature is exactly the type of initiative needed to motivate our community to get up, get out and get moving to improve their health.  I believe all health care providers should encourage patients to seek ways to prevent chronic disease associated with obesity and overweight and wholeheartedly support the Parks Rx bill as a way to do just that.”

The bill also creates a 14 member advisory board to aid the County in the development, implementation and advocacy of the newly established Parks Rx Program by healthcare professionals.  The Board’s membership will consist of experts in the fields of medicine, fitness, technology and government who will work to increase awareness of the program during its first year.

With this program, Suffolk County joins a growing list of municipalities that have made the connection between increased recreational activity in nature and improved public health.  According to a report by the Golden Gate National Parks Conservancy, a mounting “body of research suggests that exposure to nature and outdoor exercise has significant health benefits such as improved wellness and mental health, reduced stress, and lower blood pressure.”

“In the past decade, rates of obesity and associated chronic diseases have skyrocketed in children and adults. The Centers for Disease Control and Prevention (CDC) documents that more than one-third of adults in the United States—more than 72 million people—are considered medically obese and therefore more likely to develop major chronic diseases such as type-2 diabetes, heart disease, and cancer. At the same time, there has been a dramatic decline in physical activity. The CDC estimates that more than 40 percent of the U.S. population is sedentary. In the last 10 years alone, children ages 8 to 18 have increased nonactive time from 61⁄3 hours per day in 1999 to 72⁄3 hours in 2009.

Lack of physical activity and poor diet have been established as the causes of an unhealthy, overweight nation. The consequences of this are borne not only by individuals, but also by family members, employers, and the healthcare system. An estimated 10 percent of the nation’s medical costs—$150 billion annually or $8,000 per person per year—are directly attributed to obesity.”

“I applaud passage of the Parks Rx Bill,” said Nancy Olsen-Harbich, Program Director for Family Health and Wellness at Cornell Cooperative Extension.  “Children and families that spend more time out of doors reap many benefits to their health.  Regular physical activity - be it walking, bike riding, playing – greatly enhances both physical and mental health in adults and children. Having fun together outdoors strengthens family relationships too, and gives everyone a break from the ‘screens’ – TV, computer, phones, game systems – that too often consume family time.”

The measure will now go to County Executive Bellone for his signature within the coming days.  Once signed, the Advisory Board will hold its first meeting within 30 days to begin implementing the new program.

“We have an amazing and expansive park system in Suffolk County that provides our residents with nearly limitless recreational opportunities to benefit both physically and emotionally from,” Legislator Hahn concluded.  “The more people get out into nature, the healthier we, as a County, will be.”