At Green Vale and many other local schools, it’s a distant memory: flag football has been the hottest sport on campus this fall. 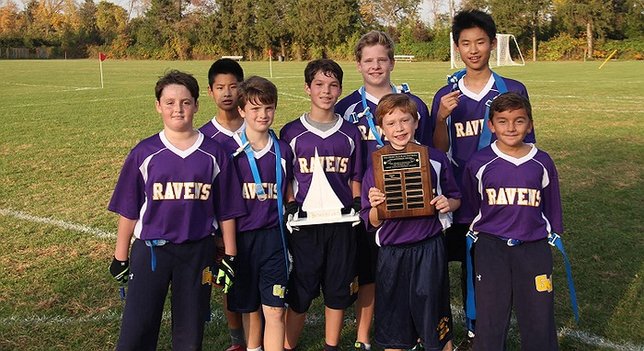 Old Brookville, NY - November 15, 2016 - Remember tackle football? At Green Vale and many other local schools, it’s a distant memory: flag football has been the hottest sport on campus this fall. Three years ago, after 17 years coaching Green Vale football, Anthony Schettino (Port Washington resident) was facing declining participation and growing prevalence of injuries. He began to research how flag football could be incorporated at Green Vale. After a formal presentation to Athletics Director John Ruecker, the program was green-lighted to begin last season. Numbers and enthusiasm were high from the start, and so began Green Vale’s leadership among Long Island independent schools in the flag football movement.

The first year, Schettino devised a robust intramural structure since other Long Island schools were still playing tackle. Participants were split into four mixed-grade teams with NFL names: Broncos, Patriots, Cardinals, and Ravens. They practiced together and competed against one another in regular season, playoffs, a consolation championship game, and ultimately, The Green Vale Bowl (The Super Bowl of flag football). 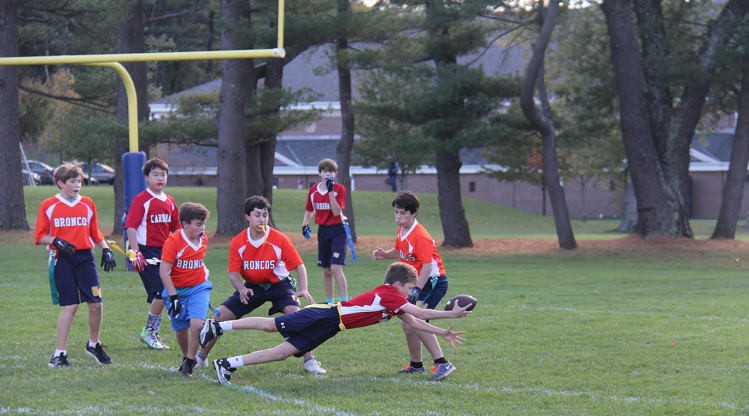 This season, other local schools have followed Green Vale’s lead and made the switch. Both Friends Academy and Allen Stevenson in Manhattan consulted Green Vale on how to structure a successful program. Green Vale players now experience both inter-school and intramural games. Green Vale is also the first school to offer flag football as a co-ed program for both male and female participation. So far there has only been one girl to join; 6th Grader Eleanor Rogers has been a strong competitor for two years and reports experiencing a seamless welcome. 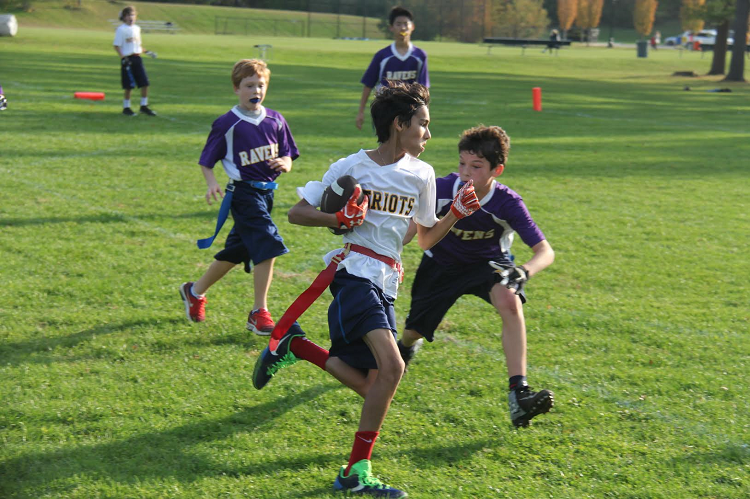 There are no formal team captains; the players delegate and work together among their teams to design special plays on top of the skills central to the NFL’s detailed flag curriculum. As an additional curricular element, 8th Graders not involved in the championship game used professional AV gear to record the game and conduct interviews. Applying skills learned in Technology class, the students will then edit the footage and compile into a highlights reel for all to enjoy.

What is flag football?
Flag football offers non-contact, continuous action while teaching the fundamentals of football, lessons in teamwork, and sportsmanship. While adhering to the same basic rules and objectives as tackle football, flag football differs in the manner in which the defense stops the progress of the ball carrier. In flag football, all players wear two strips of material (“flags”) attached at the waist by velcro. When the defense removes a flag from the offensive player carrying the ball, forward progress stops at that point. Without tackling, there is no need for massive padding, helmets and face-guards. Players are also less prone to injury.

The Green Vale School, located in Old Brookville, Long Island, is an independent school specializing in Early Childhood through Middle School situated on a 40-acre campus on the doorstep of New York City.

Green Vale has been providing students with an uncommon core of academic excellence and character development since 1923 – inspiring students to excel, to lead and to care.