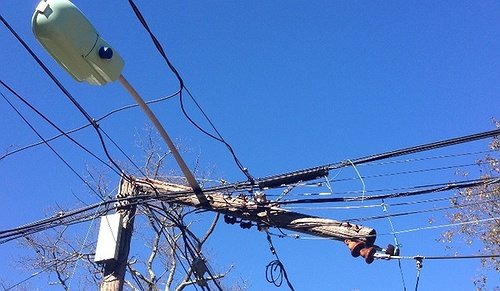 Hempstead, NY - November 14, 2014 - U.S. Senators Charles E. Schumer and Kirsten Gillibrand today announced that the Town of Hempstead will receive over $1 million in federal funding for the repair and replacement of street lights and underground electrical wiring throughout the Town that were damaged as a result of Superstorm Sandy. The reimbursement is being provided by the Federal Emergency Management Agency (FEMA) under authority of Section 406 of the Robert T. Stafford Act.

“After Superstorm Sandy, infrastructure including many street lamps and electrical wiring systems in the Town of Hempstead were damaged when roadways became inundated with floodwaters,” said Senator Schumer. “This FEMA reimbursement is great news and will help make sure that the Town of Hempstead’s residents are not on the hook for these expenses and repairs.”

“We must continue to make these important federal investments that help our communities hit hard by Superstorm Sandy, as they continue to rebuild and repair,” said Senator Gillibrand. “This funding will help take the tax burden off of local taxpayers in the Town of Hempstead for these critical repairs.”

"I want to thank Senators Schumer and Gillibrand for helping secure the federal funds necessary to repair street lighting equipment that was damaged in Hurricane Sandy," stated Hempstead Town Supervisor Kate Murray.  "Reimbursement of money expended to repair storm-battered street lighting equipment in our town will ensure that local taxpayers are not burdened with the cost of these repairs as many of them struggle with repairing and restoring their personal properties.  Senator Charles Schumer and Kirsten Gillibrand are fighting hard for Sandy-slammed neighbors in Hempstead Town."

The Town of Hempstead is being reimbursed for street lighting equipment, including poles, lamps, fuses, wiring and other associated components.  Hundreds of street lamps along Town roads of south shore communities, from Seaford to Baldwin to East Rockaway, were inundated  with flood waters during Superstorm Sandy. In total, $1,017,710 in FEMA funding is being provided to the Town of Hempstead.