35 passengers followed Albert Rizzi off a U.S. Airways flight after an attendant kicked him and his seeing eye dog off the plane. 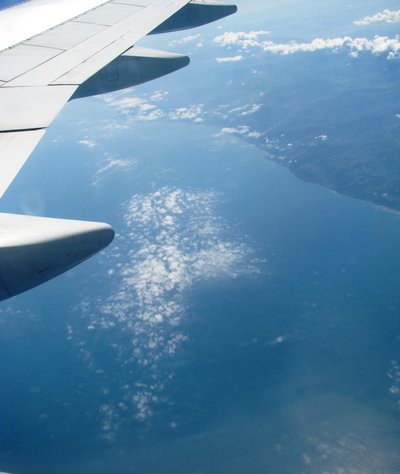 On Wednesday evening a blind man and his seeing eye dog were kicked off a U.S. Airways flight from Philadelphia to MacArthur airport after an argument broke out between him and a flight attendant. The flight attendant says Albert Rizzi, 49, of Bellport, was unable to keep his dog from moving before take off and that was the reason he was forced to leave the plane. According to Rizzi, he flies every month and can’t travel without it.

"The flight attendant wanted me to put my dog under the seat, and I did the best I could. A passenger even sat Indian style to make room for my dog Doxy," Rizzi told ABC news.

Rizzi, his dog, and the supportive passengers, were comped by U.S. Airways and took a bus to MaCarthur airport. They finally made it home at 2:30 a.m. They were originally supposed to arrive five hours earlier at 9:30 p.m.

The Bellport resident appreciated the support from the other passengers.

"I felt validated. We had made a statement together," Rizzi said.

According to a U.S. Airways spokesperson, Rizzi’s dog could not be controlled. Passengers say otherwise.

"The training of the dog was amazing,” Passenger Kurt Budke told ABC News. “To say this dog couldn't be controlled is false. This dog was more controlled than the people onboard.”

Rizzi says the only person to be disrespectful in the U.S. Airways organization during the incident was the flight attendant. He claims the rest of the flight staff and the staff in the terminal was understanding of Doxy and his disability.

"I want to educate U.S. Airways on how their staff can better support blind passengers,” Rizzi says. “That dog has to be with me. It's as if you were asking someone with a prosthetic or a wheelchair to leave that at the door.”