Kiosks in 30 subway stations with more to come in 153 others by year end. 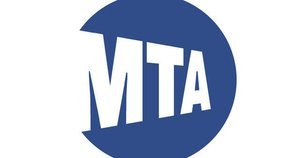 New York, NY - November 9, 2014 - The colorful screens of MTA New York City Transit’s network of On the Go Travel Station kiosks are becoming more and more evident in subway stations. The growing customer information system is one of the largest transit-based digital signage networks in the United States, and currently provides transit information to more than 1.2 million subway customers daily.

The six-foot tall, stainless steel kiosks featuring 47-inch interactive screens have been installed and activated in 30 stations in the Bronx, Brooklyn, Manhattan and Queens, with a total of 153 on tap by year end. The network is made possible through a unique public-private partnership among NYC Transit, Outfront Media (formerly CBS Outdoor Americas Inc.) and Control Group NYC.

The On the Go Travel Station is an innovative electronic communications tool that provides subway customers with information about their complete trip, from planning and service status to information about nearby destinations. The kiosks place an unprecedented amount of transit information at customers’ fingertips while they are in the system. In addition to customers pulling information, NYC Transit can push granular Service Advisory messages to network screens. More than 140 screens are located in fare-control areas, mezzanines and on platforms. Each kiosk – whether hard wired to the NYC Transit network or part of a secure wireless network – is individually addressable.

“The On the Go Travel Station network is one of the most ambitious in-system customer information initiatives we’ve undertaken since the introduction of our subway countdown clocks,” said MTA Chairman and CEO Thomas F. Prendergast. “Having a digital platform for customers to obtain travel information, while simultaneously giving us the ability to communicate with them is a huge step forward in our efforts to provide timely information to customers at the point of transit decision making,” added Prendergast. The network’s rollout comes three years after the initial introduction of the On the Go pilot program. As part of that pilot, five kiosks were installed at three subway stations and one each at Grand Central Terminal and Penn Station. In this proof-of-concept phase, MTA NYC Transit is working with two private sector partners who covered kiosk fabrication, screen user interface design and programming costs. The partner firms will recoup their investment through the sale of digital advertising displayed on the screens. NYC Transit is covering installation and maintenance costs, and will share in advertising revenue with both Outfront Media and Control Group.

“These kiosks are a beacon for customers in the system, “said NYC Transit President Carmen Bianco. “To see our customers interact with the machines, to use the map, check a service advisory or plan a trip shows me that this investment was well worth it, and is just what our customers want — accurate, up-to-date information and access to it. The development of the On the Go system is in line with the modernization of the subway system and just one component in our ongoing effort to offer our customers relevant and up to date information,” Bianco added.

The partnerships with Outfront Media and Control Group are the result of a Request for Expressions of Interest (RFEI) issued after the 2011 pilot. In that RFEI, advertisers and technology companies were asked to evaluate the On The Go kiosk as a customer service device and whether a deployment of this technology could be supported by Digital Out Of Home (DOOH) advertising.

In response to that RFEI, and subsequent agreements, both firms designed a custom user interface for customers to interact with and obtain travel and other transit information, while still providing adequate screen space and time for advertising. In developing that interface, each firm took different approach to developing their version of the On the Go screen.

The philosophy of the design of the Kiosk application provided by Outfront Media has been first and foremost to provide relevant information to the everyday commuter on a default screen using a rotating cube (treadmill) on the upper portion of the screen that passengers rely on as they navigate through On the Go Kiosk-equipped NYC Transit stations. Once the interactive application is activated by touching the default screen, the approach of the Outfront Media team has been to provide an intuitive user experience providing wayfinding applications such as an extension to MTA’s popular TripPlanner+ in a concise and appealing format.

Other useful information such as Overall Status of the Service, Real-time train departure, multi-touch maps for Subway, Railroad and Bus as well as neighborhood maps is included. A notable value in the design of the On the Go application has been to consider the passenger with reduced mobility by providing an adapted user experience as well as providing escalator and elevator statuses for the entire MTA infrastructure. In order to enhance revenues for the MTA, each of these applications and screens have a complement for advertising and/or institutional messages.

Control Group began with a monthlong research effort to understand existing NYC Transit station signage flows and rider behavior, leveraging existing rider experience studies, observational studies, and interviews. Using that analysis, it identified three rider archetypes: locals familiar with every nuance of the system; commuters with regular routes who need extra guidance on familiar paths; and tourists who have little or no prior knowledge of the system. The overall goal for all archetypes was to create a platform that provides the most relevant information in the most efficient way possible while limiting the interaction to one touch as much as possible.

The guiding design principal of their interface is based on the fact that all riders use the paper map the same way – touching where they are and then tracing the route to their destination. Looking to improve on that paper experience, Control Group designed the digital interface to dim and recede information that a rider doesn't need so they can concentrate on the things they do need, such as departure station, route line, transfer station, and destination station. In addition, system-wide data feeds allow the kiosk to suggest the fastest route to a selected destination based on the real-time status of trains at both the departure and transfer points.

Having separate screen interfaces will allow NYC Transit to evaluate how best to display transit information and engage customers using a digital platform. In addition, both segments of the On the Go Travel Station network are run by a separate Content Management System (CMS), which will provide invaluable insight into future CMS systems for digital advertising and other purposes. In each screen design, NYC Transit has 30 seconds of a 120-second loop to program agency information, including marketing, safety and service change messaging. During major service disruptions, NYC Transit can also take over parts of or the entire screen to provide service change and emergency information.