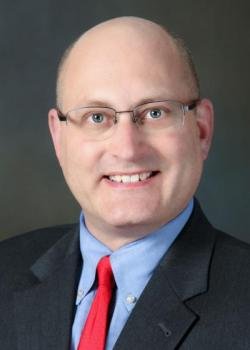 Long Island, NY - October 28, 2014 - The Metropolitan Transportation Authority (MTA) today announced that it has named David L. Mayer as the agency’s new Chief Safety Officer. The new position was created to reinforce safety as the top priority for all MTA agencies as they continue to improve work practices and invest in new technology and equipment.

“Having someone to oversee and lead safety initiatives throughout the system can only enhance and improve our efforts,” said MTA Chairman and CEO Thomas F. Prendergast. “David’s experience with the National Transportation Safety Board, and exceptional work on safety projects in all modes of transportation, makes him the best person for the job.”

Mayer will begin at the MTA on December 1.. He will report directly to the Chairman and CEO. He will work closely with Metro-North Railroad Chief Safety Officer Anne Kirsch, Long Island Rail Road Chief Safety Officer Loretta Ebbighausen, New York City Transit VP System Safety Cheryl Kennedy, VP Safety Programs and Initiatives at MTA Bridges and Tunnels James Foley, and MTA Capital Construction VP of Safety Peter Kohner. They will continue to monitor the condition of crews and equipment at their respective agencies, reporting to their agency’s president.

“I’m excited to join a transportation network that is focused on promoting a safety culture while constantly looking for ways to improve its practices. I look forward to the challenge of proactively serving a population of over 15 million people,” said Mayer.

Mayer began his career at the National Transportation Safety Board (NTSB) in 1991 in the Office of Research and Engineering. In 2001, he was named Assistant Managing Director and then promoted to Managing Director in 2009, the highest career-level position at the agency.

During that time, Mayer personally reviewed and led more than 50 major investigations including the 2009 Metrorail train collision in Washington D.C. and the 2010 airplane crash near Aleknagik, Alaska, that killed Senator Ted Stevens along with four others.

In addition to his strategic and technical expertise, Mayer also has extensive experience in employee relations, leading the NTSB’s labor relations activities. He was trained in experimental psychology as a human factors specialist and holds a doctorate from Rice University. He received a Bachelor degree with honors in Psychology from Centenary College. He also holds a private pilot’s license.