Governor Cuomo announced the beginning of a new, statewide cooperative effort to crack down on illegal credit/debit card skimmers at gas pumps across New York, seeking to end criminals’ ability to empty the bank accounts ... 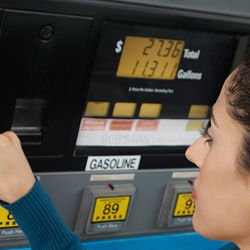 Albany, NY - November 3, 2015 - Governor Cuomo announced the beginning of a new, statewide cooperative effort to crack down on illegal credit/debit card skimmers at gas pumps across New York, seeking to end criminals’ ability to empty the bank accounts of their victims. With card data theft incidents on the rise across the country, the State Department of Agriculture and Markets’ Weights and Measures Bureau is conducting New York’s first-ever training and sweep of gas station dispensers across the state to proactively protect consumers and gas station owners. Agriculture and Markets staffers will train county weights and measures officials to spot skimming devices in their communities.

“Credit card fraud is a nightmare that could have a long-lasting impact on a victim's finances and credit rating,” said Governor Cuomo. “With this aggressive new action, we're aiming to crackdown on this fraud before it starts by capturing these scammers in the act, and protecting the financial future of thousands of New Yorkers."

Skimmers are devices attached to ATMs or credit card processing devices to steal the credit card and PIN numbers of customers. ATMs and open point-of-sale terminals, such as gas pumps, are targets for criminals, ranging from local thieves to international crime syndicates. The credit scoring company FICO estimates about 30 percent of all credit card fraud happens at point-of-sale locations such as gas pumps. Government and private research sources indicate that the cost to consumers of point-of-sale card fraud is between $3 billion and $6 billion a year. This spring, a mass inspection of more than 7,500 gas stations in Florida found 103 credit card skimmers in use.

The Weights and Measures Bureau developed a training module, which it used to educate its own supervisors and inspectors along with county-level weights and measures staff in how to identify the skimming devices. Those inspectors spot-checked approximately 500 gas dispensers in the last several weeks across the state. A local weights and measures inspector spotted a skimmer in a gas dispenser in Niagara Falls, while an Agriculture and Markets weights and measures specialist found one in a dispenser in Rochester. A subsequent investigation by the Monroe County Sheriff’s Department and the Rochester Police Department turned up four more skimmers at gas stations in Rochester, Scottsville, Wheatland, and Fairport. There are approximately 42,000 gas dispensers in New York State.

“Preventing gas pump fraud is not part of the mandate for our Weights and Measures Bureau, but our department’s leaders felt they had the expertise to help protect New Yorkers from this growing scam. I believe we will be able to work together with county bureaus to help prevent and deter some of this fraudulent activity,” said State Agriculture Commissioner Richard A. Ball.

Staff members are trained to look for various types of skimming devices:

If a device is identified, Weights and Measures staff members will alert the gas station owner and local police.

“These credit card skimmers cause immense problems for people. This is a natural addition to our skill set and we are looking forward to working together with the counties to help pull the plug on criminals who take advantage of innocent people,” said Mike Sikula, Director of the Weights and Measures Bureau, who helped develop the training program.

Experts offer several ways in which people can spot skimmers and help keep themselves from becoming victims of fraud. Check the gas pump or ATM carefully for signs of a skimmer, such as:

Other ways consumers can protect themselves when using their debit or credit cards include:

If a consumer suspects a device on a gas pump, they should report it to the police. Consumers should check their bank accounts regularly for signs of fraud and report compromises immediately to police and their credit card provider.

The Department of Agriculture and Markets Bureau of Weights and Measures works to assure measurement accuracy for a fair and equitable commercial marketplace. State and local weights and measures officials annually inspect thousands of scales, gas pumps, and other types of devices as well as thousands of different packaged commodities. The weights and measures programs are a critical part of New York State's infrastructure, protecting every consumer and every business. In addition to the State Bureau of Weights and Measures, which has jurisdiction over the entire State, there are 64 county and city weights and measures departments or offices providing services to their communities.