First round of more than $1.5 million in federal funding will cover costs of engineering design and permitting; Projects will implement flood enhancement measures in Nassau County. 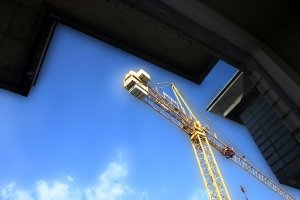 Albany, NY - August 7, 2014 - Governor Andrew M. Cuomo today announced the approval of the first phase of large-scale infrastructure projects for the City of Long Beach in Nassau County. As part of the federal government’s Hazard Mitigation Grant Program (HMGP), the endeavor will implement flood protection measures at four critical infrastructure sites. These facilities include the water treatment plant and storage tower, the wastewater treatment plant, electrical sub-stations and a major gas pipeline station. The federal government has awarded more than $1.5 million to support engineering, design and permitting for the project, with the potential for over $11 million in construction funds to follow.
“With 100-year storms now occurring on a regular basis, we must build a new New York that is prepared for the reality of extreme weather,” Governor Cuomo said. “Communities like Long Beach are aggressively working toward this goal by fortifying their infrastructure, and this support from our federal partners, along with the State’s funding, is making these improvements possible. I applaud FEMA’s assistance with this matter, which will ultimately result in a stronger and more resilient Long Beach when the next storm arrives.”
Last June, Governor Cuomo announced a call for projects to be funded by the HMGP program to assist local governments and non-profit organizations in their efforts to rebuild stronger, more sustainable communities. Authorized by the Federal Emergency Management Agency (FEMA), the program aims to increase the State’s resiliency, mitigate the risks of loss and damage associated with future disasters, and reduce hardship.
This Phase I approval provides the City of Long Beach funding to embark on the design, engineering and permitting for flood protection efforts at the four infrastructure sites in the City’s industrial district. Once this step has been completed, and following a final review, the remaining funds will be provided to support construction. FEMA will, in total, consider an allocation of up to $12,936,000 for the initiative. FEMA funds provide 75 percent reimbursement of eligible costs, up to the amount of the award. To off-set the financial burden of the City of Long Beach, Governor Cuomo has committed State disaster recovery resources for the remaining 25 percent.
All four facilities were severely impacted by a storm surge from Superstorm Sandy in October 2012. With sites shut down until emergency repairs could be instituted, the closures presented a variety of health and safety concerns for nearby residents and businesses. The application submitted to FEMA by the City of Long Beach recognizes the social and economic importance of protecting water, sewer, gas and electric in future extreme weather events.
Congresswoman Carolyn McCarthy said, “The City of Long Beach, which is the first line of defense when it comes to protecting Nassau County from major storm surges, was completely devastated by Sandy. To this day, the barrier island still remains vulnerable. Part of the federal government’s job is to help local communities affected by these storms to recover and to rebuild in a more resilient manner. The funding from the Hazard Mitigation Grant Program will help the City to implement measures that will mitigate future flood damage. I applaud Governor Cuomo for working with City officials to ensure that Long Beach is rebuilt better and stronger.”
Nassau County Executive Ed Mangano said, “Federal and State recovery funds are critical to ensuring the successful fortification of infrastructure with flood protective measures. Together, we are building a stronger and more resilient Nassau County. I thank the Governor and FEMA for their continued commitment to our recovery efforts.”
Long Beach City Manager Jack Schnirman said, “We know all too well the toll that a lack of preparedness takes on our communities. By focusing funds on these four engines to our infrastructure, like electrical sub-stations and water treatment facilities, recovery from the next big storm will be minimized in terms of time and cost. I thank FEMA and Governor Cuomo for supporting us in planning ahead, and am excited to see these projects in Long Beach take shape.”
Long Beach City Council President Mandel said, “Communities like the City of Long Beach deserve to be protected from future storms, and this is a perfect example of how our fellow Americans and New Yorkers come together to support their neighbors. By FEMA funding the majority of this important project, and Governor Cuomo directing the State to cover the remaining costs, we are together rising above the consequences of being unprepared during times of extreme weather.”
Following a Presidential disaster declaration, as in the case of Superstorm Sandy, Hurricane Irene and Tropical Storm Lee, FEMA provides HMGP funds for States to administer grant programs that support local hazard mitigation planning and long-term hazard mitigation measures to reduce the loss of life and damage to improved property from natural disasters.