Severe cries of a baby were heard from a home in Medford on Sunday, resulting in a call to police. When the police arrived, they found a 13-month-old boy was left home alone. 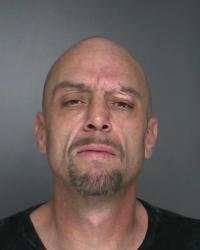 At around 1:30 p.m. on Sunday, all that could be heard at a house located at 2 Little Treasure Drive in Medford were the cries of an infant.

Police responded to the scene after receiving a 911 call regarding the crying sounds emanating from the basement apartment of the multi-dwelling house.

Police officers forced their way into the apartment after realizing there was no one at home except a crying baby. What they found was the 13-month-old son of Kelly Voss, 44, who had left the boy home alone in a crib crying with a soiled diaper.

Voss was entrusted to care for the child during a scheduled weekend visitation, but Voss was nowhere to be found when police arrived. Voss only returned about 40 minutes after police arrived on the scene.

Voss was arrested and charged with endangering the welfare of a child. He was arraigned in court on Oct. 28.

Child protective services was also notified of the incident.

The young boy is in the custody of his mother.