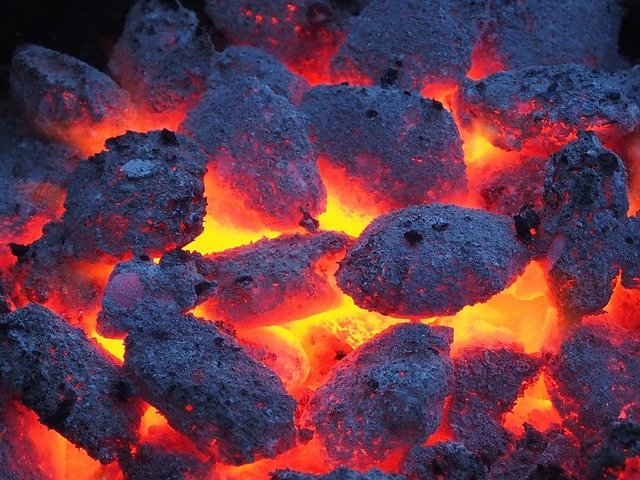 New York, NY - October 24, 2017 - Attorney General Eric T. Schneiderman today announced his opposition to the Trump Department of Energy’s proposal to subsidize coal-burning power plants. In comments filed today, the Attorney General argued that the proposal would violate multiple federal laws and threaten New York with more air pollution, further climate change, and a less reliable and resilient electricity supply in an attempt to bail out polluting and climate-damaging coal-burning power plants.
“This unlawful, thinly-veiled corporate giveaway threatens to impede New York’s progress in protecting the environment, and securing a cleaner, more sustainable, and affordable energy future,” said Attorney General Schneiderman. “The Trump administration continues to put polluters before the health and well-being of New Yorkers. We’ll continue to fight back.”
In comments filed today, Attorney General Schneiderman charges that the proposed subsidy threatens to undercut New York’s progress in reducing greenhouse gas emissions and its efforts to better protect the electric grid against the effects of climate change through clean and renewable energy sources. It would also likely harm both public and environmental health, undermining New York’s fight against smog and acid rain-forming pollution that blows into the state from upwind coal-fired power plants.
On September 28, 2017, US Department of Energy Secretary Rick Perry signed a notice of proposed rulemaking directing the Federal Energy Regulatory Commission (“FERC”) to consider adopting a rule to require that electricity generators with a 90-day fuel supply on-site be paid higher prices – principally, coal and nuclear power plants. The Trump Administration’s proposal seeks to protect these power plants from market forces that are resulting in their closure. The DOE claims that subsidizing “fuel-secure” power plants is necessary for the reliability and resiliency of the electricity system – ensuring adequate fuel is available to power plants “to operate during an emergency, extreme weather conditions, or a natural or man-made disaster.”
The Attorney General charges that, because DOE has failed to establish any need or other basis for the proposed subsidy, the DOE’s proposed rule would violate requirements of both the Federal Power Act and federal Administrative Procedure Act. As stated in the comments, the notice of proposed rulemaking “provides no evidence that fuel unavailability has created a reliability or resilience problem and no analysis demonstrating that the [proposed required subsidy] would solve that nonexistent problem.” In its rush to subsidize coal-burning power plants, DOE is ignoring the fact that states such as New York are already home to a reliable, resilient electricity grid. “There is no pressing fuel-related reliability emergency in New York and, to the extent fuel assurance may be a future concern, New York has and will continue to take rational steps to assure system reliability for all users,” the Attorney General wrote. The AG also charges that DOE has violated the Administrative Procedure Act by not allowing sufficient time or providing sufficient detail and rationale regarding the proposal to allow for meaningful public comment.
Beyond these violations of multiple federal laws, the proposed subsidy – the avowed purpose of which is to buoy uncompetitive and polluting coal-fired power plants –threatens to undercut the state’s efforts to reduce greenhouse gas emissions, protect the grid from climate change, promote clean, renewable, and affordable energy, and protect public health and the environment in the state.
Competition in the wholesale energy markets and New York’s environmental and energy policies have resulted in the closure or repowering of most of New York’s coal-burning power plants. However, Attorney General Schneiderman argues that, by encouraging the greater use of those remaining plants, the proposed subsidies threaten achievement of the state’s ambitious goals of reducing in-state carbon pollution emissions by 40 percent and obtaining 50 percent of electricity generation from renewable sources by 2030. Employing subsidies to prop up out-of-state coal-burning power plants could do substantial harm to decades-long efforts to reduce the pollution that blows into New York, and contributes to smog, soot, acid rain, and other health and environmental impacts. The Attorney General also cautions that increases in greenhouse gas emissions due to increased use of coal-fired power plants would contribute to climate change and its harms, including impacts on the electric grid, in New York.
In addition, Attorney General Schneiderman argues that – directly contrary to the proposal’s purported goal of reducing risks to the electric grid – subsidizing coal-burning power plants would actually increase the likelihood of storm-related resiliency problems.  “Climate change produces storms of greater intensity, and those severe storms present greater risk to grid reliability and resiliency. The [proposal], however, provides additional financial support to coal-fired power plants that would give them an incentive to run more frequently, generating additional carbon dioxide emissions that would make climate change worse, increasing the intensity of storms and therefore increasing the risk to grid reliability and resiliency.”
Despite the potential for the proposed subsidies for coal-burning power plants to result in significant adverse impacts to New York’s environment, FERC has not performed an analysis of these impacts pursuant to the National Environmental Policy Act (“NEPA”). As stated in the comments, “at a minimum, the [proposal] raises questions that need to be evaluated regarding whether and to what extent the [proposed subsidies] would lead to increased use of coal-fired generating units; whether and to what extent increased coal combustion would worsen air quality, in New York and elsewhere, and contribute to climate change; and whether other, less harmful alternatives exist.” The Attorney General charges that DOE’s failure to perform an environmental impact analysis of the proposal is a violation of NEPA.
This matter is being handled by Assistant Attorneys General Mihir A. Desai, Andrew G. Frank, and Joshua M. Tallent, Policy Analyst Jeremy Magliaro, and Policy Advisor Peter C. Washburn, under the supervision of Senior Counsel Michael J. Myers and Environmental Protection Bureau Chief Lemuel M. Srolovic. The Environmental Protection Bureau is part of the Division of Social Justice, which is led by Executive Deputy Attorney General Alvin Bragg.