State Education Commissioner John B. King, Jr. today announced the grant recipients for two programs that support educators throughout the state: the round two of the Strengthening Teacher and Leader Effectiveness (STLE) Grant Program; and ... 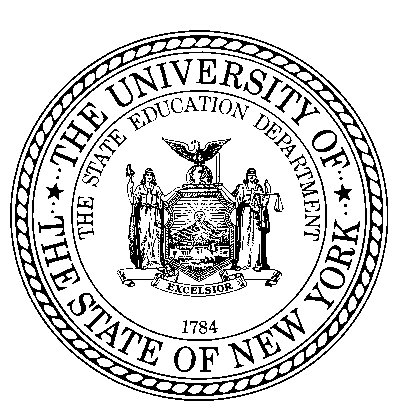 Albany, NY - October 23rd, 2013 - State Education Commissioner John B. King, Jr. today announced the grant recipients for two programs that support educators throughout the state: the round two of the Strengthening Teacher and Leader Effectiveness (STLE) Grant Program; and funding for the statewide network of Teacher Resource and Computer Training Centers (Teacher Centers). King also announced the release of a Request for Proposals for a third round of the STLE Program.

"When the Board of Regents adopted the Reform Agenda, including the Common Core, we knew teachers would need supports to help our students meet the higher standards. The Teacher Center grant will provide additional professional development assistance, local support, training and resources related to Common Core implementation for thousands of teachers across New York State."

"Too often, our highest need students miss out on great teachers and school leaders," Commissioner King said. "STLE grants will help high needs districts recruit, develop, and retain effective teachers and leaders. It's all about supporting our educators and helping our students succeed.

"Our goal is to prepare every student to graduate college and career ready. These grants are the product of collaborative efforts between school districts and local unions that share that goal. It's all about helping our students succeed."

Public school districts and public charter schools with at least 25 percent of students from low-income families and an approved APPR plan as required by Education Law §3012-c were eligible for the STLE 2 grants.

A list of school districts and BOCES-led consortia that have received preliminary STLE 2 grant award notification is available at: http://usny.nysed.gov/rttt/rfp/gt-22/fundable-applicants.html.

Some of the STLE 2 initiatives in the preliminary awardees' plans include:

King also announced the release of a Request for Proposals (RFP) for a third round of the STLE Program (STLE 3) totaling approximately $24.2 million for the period of March 2014 through June 2015. The STLE 3 RFP, complete with eligibility requirements and list of eligible schools, is available at http://usny.nysed.gov/rttt/rfp/.

The STLE grants and activities are supported, in whole or part, by New York State's Race to the Top federal funds.

(Attached are statements from awardees of the first round of the STLE Program.)

Funding for Teacher Centers to Support Implementation of Common Core

The New York State Education Department, along with partners such as districts, BOCES and higher education institutions, is committed to ensuring all educators have the resources and tools to understand students' academic needs and effectively utilize the Common Core to help students prepare for college and careers. Through the awards, Teacher Center Regional Networks will be able to significantly increase the number of teachers participating in existing efforts supporting educators to successfully implement the Common Core State Standards.

**Allocations were based on the percentage of teachers in each region.

Forty-seven applicants received STLE grant awards totaling approximately $22.7 million under the first round of the program in October 2012. Below are reflections from some of the STLE 1 grantees: