A 10-year-old student at Northern Parkway School released pepper spray in a basement hallway, injuring 24 people including himself. 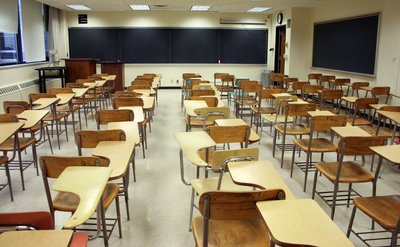 Wednesday morning, a student at an elementary school in Uniondale released a chemical agent into the school hallway which injured 24 people and prompted the evacuation of the entire K-5 building.

The incident occurred at around 11:20 a.m. at Northern Parkway School, where a 10-year-old boy released pepper spray in a basement hallway, says the Nassau County police.

According to reports, 20 students and 4 adults were taken to the hospital with varying symptoms including eye and throat irritation and shortness of breath.  Officials say that the student who released the chemical agent was among those injured.

Administration evacuated the building as a precautionary measure.  Students and faculty were allowed to return to the building after officials from the fire department conducted air quality tests at the site.

“Detectives are asking the parents, who are cooperating, to see how this fifth grader was able to obtain the pepper spray and also how he got it in the school,” said Nassau County Police Det. Michael Bitsko to CBS News.

The pepper spray, which is legal for adults to own, was in a can the size of a tube of lipstick.

It is unknown if the release of the irritant was intentional, and no word has been given as to if disciplinary action will be taken for the student's action.