Attorney General Eric T. Schneiderman announced that Cigna will end its policy of requiring prior authorization for medication-assisted treatment (“MAT”) for opioid use disorder. 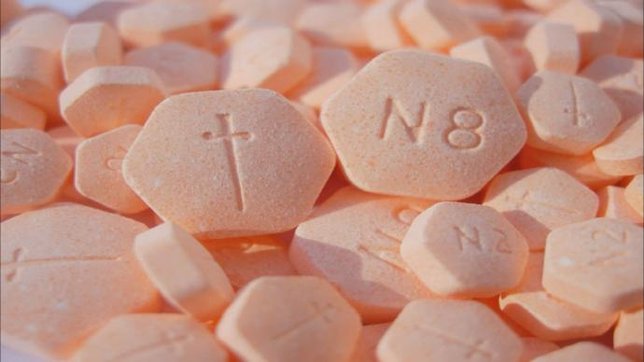 Settlement with major global health insurer will remove barriers to life-saving treatment for opioid use disorder; other health insurers are encouraged to follow Cigna's policy change.

MAT, when prescribed and monitored properly, has proved effective in helping patients recover from opioid use disorder, and is both safe and cost-effective to reduce the risk of overdose. This policy change will apply not only to most members in New York, but nationally as well.

Cigna required providers to submit a prior approval form for MAT requests, which required the providers -- who had already received specific training regarding MAT in order to prescribe these drugs -- to answer numerous questions about the patient’s current treatment and medication history. Authorization in some instances took several days.

“Removing barriers to proven effective life-saving treatment is an important component to address New York’s and the nation’s opioid addiction crisis. Getting people into treatment faster, and when the window of opportunity is open, is vital to stemming the opioid addiction crisis. I applaud Cigna for taking this action,” said Attorney General Schneiderman. “Other health insurers should take notice of Cigna’s actions to remove access barriers to treat opioid dependency and I encourage those insurers to follow suit.”

“Pre-authorization requirements for addiction medications are harmful and discriminatory,” said Sally Friedman, Legal Director of the Legal Action Center. “The Legal Action Center welcomes Cigna’s discontinuation of this practice for buprenorphine. This change, together with Cigna’s existing policy of not requiring pre-authorization for methadone, naltrexone, and other addiction medication, will save lives.  Attorney General Schneiderman deserves praise for his aggressive enforcement of laws promoting access to treatment for substance use disorders.  All insurers should remove barriers to coverage for FDA-approved medications to treat addiction."

“ASAM applauds Attorney General Schneiderman’s agreement with Cigna to discontinue the requirement of prior authorization requirements for coverage of buprenorphine containing medication. There is often a small window of opportunity for a person seeking help to engage in treatment. Waiting for days to obtain medication to treat this condition represents an unnecessary risk for a deadly outcome. Hopefully, other payers will follow Cigna’s lead in decreasing barriers to access to this lifesaving medication,” said Kelly Clark, President Elect, American Society of Addiction Medicine.

Unlike methadone treatment, which must be administered in a highly structured clinic, MAT medications, usually containing buprenorphine and naloxone, may be prescribed or dispensed in physicians’ offices to treat opioid dependency, provided the treating physician has obtained the appropriate certification and has been issued a special DEA license. In addition to the medication component, psychosocial therapy and management of medical issues are also recommended components of MAT to treat opioid dependency.

Buprenorphine is an opioid partial agonist, meaning that it has lesser euphoric effects than full opioid agonists such as heroin. At low doses, buprenorphine produces sufficient agonist effects to enable opioid-addicted individuals to discontinue the misuse of opioids without experiencing withdrawal symptoms. Buprenorphine carries a lower risk of abuse, addiction, and side effects when compared with full opioid agonists. Naloxone is an opioid antagonist that can be added to buprenorphine that will decrease the likelihood of diversion and misuse of the combination drug product. If the combination drug product is crushed and injected the naloxone and can bring on opioid withdrawal, which serves as a deterrent to diversion and misuse. According to the Centers for Disease Control (CDC), the number of drug overdoses related to opioid abuses have increased dramatically over the past decade, including over 2,000 drug overdose deaths in New York and over 10,000 overdose deaths nationally in 2014.

The CDC considers MAT a proven, effective treatment for individuals with an opioid use disorder. MAT has been shown to increase treatment retention and to reduce opioid use. One research study showed that for half the patients treated with buprenorphine/naloxone for addiction to opioid pain relievers, they were abstinent from the drugs 18 months after starting MAT, and after three and a half years 61% of the patients reported abstinence. MAT is supported/endorsed by the CDC, the Substance Abuse and Mental Health Services Administration (SAMHSA), the American Society of Addiction Medicine (ASAM), the New York State Office of Alcoholism and Substance Abuse Services (OASAS) and the New York City Department of Health and Mental Hygiene (NYCDOHMH) as a treatment for opioid addiction.

Addressing access barriers to MAT is just the latest step that Attorney General Eric T. Schneiderman has taken to address the opioid addiction crisis. In June of 2011, Attorney General Schneiderman introduced state legislation for I-STOP, an online Prescription Monitoring Program or a “PMP,” that enables doctors and pharmacists to report and track controlled narcotics in real time. I-STOP became effective in August of 2013, making New York State one of the first states to establish such a PMP, and has reduced “doctor-shopping” by 75%. The OAG has also aggressively enforced laws that require parity in health plan coverage of mental health and addiction treatment, reaching agreements with six companies, including Cigna, MVP Healthcare, EmblemHealth, Excellus, Beacon Health Options, and HealthNow. The Attorney General’s Office has prosecuted many health care providers who illegally prescribed and diverted opioids. The OAG’s Community Overdose Prevention (COP) Program, which equips New York law enforcement agencies with a life-saving heroin overdose antidote, has saved more than 100 lives. The OAG has also reached agreements with Purdue Pharma and Endo Pharmaceuticals Inc., to ensure that these opioid makers engage in responsible and legal marketing.

Cigna’s policy change follows efforts by both New York state and the federal government to increase access to MAT for opioid dependency. New York State recently enacted legislation prohibiting insurers from requiring prior authorization for emergency supplies of MAT medications and also removed prior authorization for Medicaid members seeking MAT for opioid dependence, while the federal government increased the maximum number of patients that MAT certified physicians can treat at one time from 100 to 275.

“In recent years, we have lost too many of our loved ones to addiction disorders. Many of these addictions started through self-medication of a mental health issue. This horrific epidemic has to end, and one way of doing so is to insure that people have full access to medication assisted treatment disorders. The Mental Health Association in New York State, Inc. (MHANYS) applauds Attorney General Eric Schneiderman for reaching an agreement with CIGNA in regard to the elimination of prior approval for these treatments,” said Glenn Liebman, Chief Executive Officer of the Mental Health Association of New York State.

“The Long Island Council on Alcoholism and Drug Dependence (LICADD) commends New York State Attorney General Eric Schneiderman for his continued leadership in confronting insurance companies in New York State to increase access and availability to evidence based treatments on demand for individuals, and their families, contending with opiate dependence,” said Steve Chassman, LCSW, CASAC, Executive Director of LICADD. “Medication- assisted treatment (MAT), in conjunction with intensive psycho-social treatment modalities, has been proven effective in providing individuals with a pharmaceutical safety net needed as they move along the continuum of change towards recovery from the debilitating illness of opiate dependence.”

“Medication-assisted treatment (MAT) for opioid use disorder gives individuals and families dealing with addiction options,” said Avi Israel, President and Founder of Save the Michaels of the World. “For example, the flexible nature of MAT may allow someone who is battling addiction to keep a job while receiving treatment. I thank Attorney General Eric Schneiderman for continuing to eliminate obstacles to treatment, and I join him in urging other insurers to follow Cigna’s lead.”

Consumers with questions or concerns about this settlement or other health care matters may call the Attorney General’s Health Care Bureau Helpline at 1-800-428-9071.

Read the agreement with Cigna.