The NYS DMV today announced 60 weekend arrests during the latest round of “Operation Prevent” sweeps, which are designed to deter underage drinking. 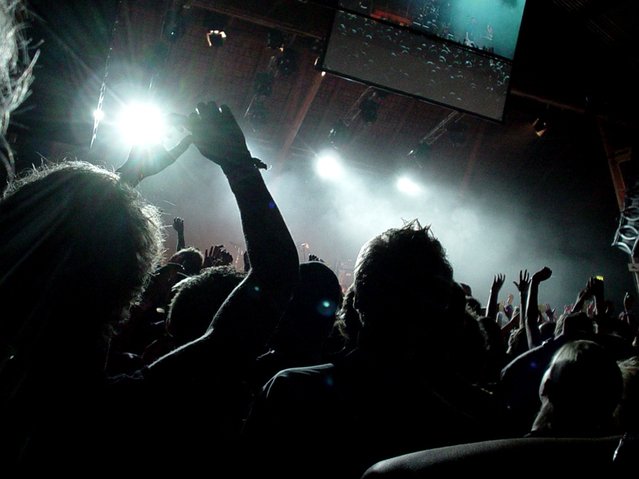 Governor Cuomo announced in June that the state would continue its push to ensure that the public, and especially New York’s youth, remain safe and well-protected during the summer concert season.

“We announced last month that we would be at concert venues all summer long to double down on preventing underage drinking, so this weekend’s sweeps should come as no surprise. While we obviously want New Yorkers to have a great summer, we also want them to do it safely and be responsible for their actions,” said DMV Executive Deputy Commissioner Terri Egan. “Underage drinking has real consequences, and sometimes it is a matter of life and death. Leave the fake IDs at home and avoid the possibility of lifelong consequences due to one bad decision.”

Operation Prevent is a DMV initiative conducted year-round that targets not only concerts, but bars and drinking establishments, events, and other underage hot spots. During an Operation Prevent sweep, state investigators work with a number of different entities to check identification documents. Patrons under the age of 21 found to be using fake IDs or false documents with the intent of purchasing alcohol can be arrested and have their license revoked for a minimum of 90 days or up to one year.
“Park Police will continue our zero tolerance policy for underage drinking in our state parks,” State Park Police Chief David Herrick said. “We are grateful for the assistance of DMV to help ensure concert-goers stay safe and keep intoxicated drivers off the roadways.”

22 arrests at Toby Keith concert at Darien Lake Performing Arts Center: Friday, July 15
On July 15, DMV investigators, in cooperation with the Genesee County Sheriff’s Office, arrested 22 individuals – making 13 arrests for attempting to use fraudulent driver licenses to purchase alcohol at the Toby Keith concert at Darien Lake, and 11 arrests for consuming alcohol underage. Two of the individuals were issued two separate summonses. DMV investigators confiscated a number of counterfeit licenses, including five from Pennsylvania, three from Rhode Island, two from Ohio, and one each from New Jersey, Delaware, and Connecticut. Three individuals were arrested for possession of another person’s New York State driver license.

15 arrests at Dave Matthews Band concert at SPAC: Saturday, July 16
On July 16, DMV investigators, in cooperation with New York State Park Police, conducted Operation Prevent sweeps at one of two annual Dave Matthews Band shows at SPAC. Investigators arrested 15 individuals for attempting to use fraudulent driver licenses to purchase alcohol. DMV investigators confiscated a number of counterfeit licenses, including six each from Pennsylvania and Rhode Island, four from Connecticut, two each from New Jersey and South Carolina, and one each for Maryland and Illinois, some of which were abandoned. In addition, State Park Police charged four individuals with driving while intoxicated and issued 70 tickets for various violations at SPAC on July 15 and 16.

12 arrests at Florida Georgia Line concert at Jones Beach: Sunday, July 17
On July 17, DMV investigators, in cooperation with New York State Park Police, conducted their first-ever Operation Prevent sweep at the Florida Georgia Line concert at Jones Beach. The details led to the arrests of 12 individuals and resulted in the confiscation of 18 false driver licenses. DMV investigators confiscated a number of counterfeit licenses, including eight from Connecticut, four from New Jersey, two each from Delaware and Maryland, and one from Rhode Island, some of which were abandoned. One individual was arrested for possession of someone else’s New York driver license. In addition, State Park Police made two arrests for criminal mischief and assault, and issued 17 tickets for various violations.

At SPAC and Jones Beach, DMV investigators confiscated a number of abandoned fake IDs. Investigators plan to look into these abandoned documents and possibly pursue further charges at a later date.