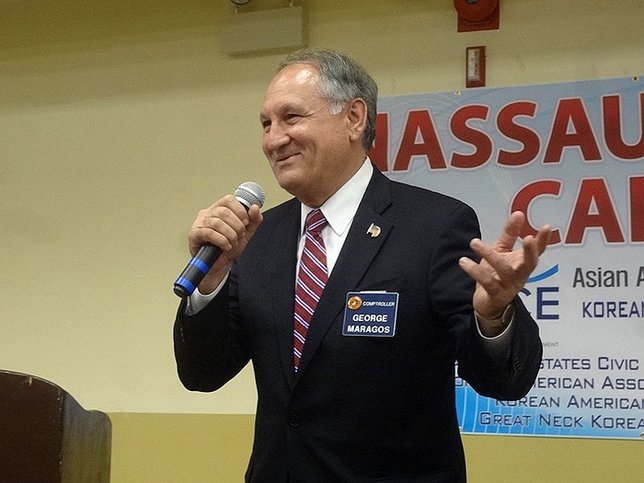 Nassau County, NY - October 20, 2017 - The proposed Nassau County 2018 budget increases expenditures to $2.97 million (net of interfunds), or 1.1%, but contains approximately $120.0 million of risks, on both a Generally Accepted Accounting Principles (GAAP) basis and on the modified GAAP basis prescribed by NIFA. The Structural Gap will widen to $142 million. The increased spending is primarily for $32.1 million in higher fringe benefits, and $22.9 million in contractual services, offset by over $20 million in reductions in other expenses. The Administration has proposed increasing fees for traffic tickets, mortgage recordings and assessment items in order to meet the higher budgeted costs. Additionally, a property tax increase is proposed, equivalent to 1.6% in the general tax levy to raise approximately $15.2 million, for the Sewer Finance Authority and the Environmental Protection Fund.
“The County faces increasing fiscal challenges as the structural issues remain largely unaddressed causing accelerating divergence between recurring expense and revenue growth,” said Comptroller George Maragos.  “The continued reliance on fee increases has probably run its course and further fee hikes may actually become regressive.” Maragos continued, “There are also rising concerns that employee productivity gains through deployment of technology is not keeping pace with headcount reductions, and consequently, public services may suffer. The new Administration, the Legislature and NIFA will need to address these challenges.”
The $120 million in budgetary risks are those items which require Legislative approvals, such as the $35 million in revenues from the increase in administrative fees, $14 million from increased real estate filing fees, and $12 million from increased assessment fees. Additionally, at risk are $12.8 million in anticipated revenues from expected OTB/Video Lottery Terminal profits and $40.0 million in under budgeted expense for property tax refund.
Should the $120 million in budgetary risks not be eliminated, the ending 2018 Fund Balances can fall to a negative $79.9 million. However, if all opportunities materialize, including Legislature approval of the proposed fee increases, the ending Fund Balances would be projected to end at $39.2 million, well below the $100 million minimum set by County policy, which is based on prior year expenditures.
By the end of 2018, long-term debt is expected to grow to $3.7 billion, an increase of approximately $113.5 million, primarily because the Administration plans to roll-over $99 million of sewer bond anticipation notes (BANS) into long-term bonds. Other County liabilities are expected to remain high at over $785 million. The deferred pension liability is expected to reach $226.6 million. The long-term property tax liability is estimated to decrease from the 2016 balance of $302.9 million to $281.5 million, as a result of the establishment of the Disputed Assessment Fund. The unresolved utility liability will remain at about $280.6 million.
A copy of the Comptroller’s Report on the Proposed 2018 Proposed Budget is available online at: https://www.nassaucountyny.gov/DocumentCenter/View/20058.