12 Hours to Default, Still No Deal in Washington

A potential deal to prevent default may soon be announced by the Senate, but the House has still not moved to raise the debt ceiling. 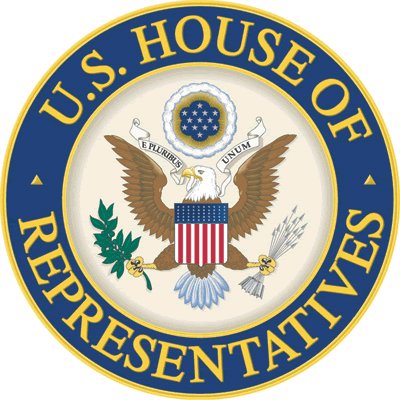 Update 12:20pm: The Senate has just announced a bill which would open the government back up through January 15th and raise the debt ceiling until February 7th. Though this bill only postpones the problems currently faced by the nation for a few months, it still needs to move through the Senate and come to a vote in the House of Representatives before it can be signed into law.

October 16, 2013 - The federal government shutdown began 16 days ago, and for over two weeks the legislature has been unable to come to an agreement which would resume normal operations. Now another crisis looms just over the horizon as the government is set to hits its self-imposed borrowing limit at the end of the day; failure to raise the debt ceiling would leave the treasury with only $30 billion and whatever tax revenues come down the pipeline to pay its obligations. Programs and loans would cease to be paid on time, and a default by the US government would occur for the first time.

House Republicans, who have made the Affordable Care Act the centerpiece of their argument against federal spending, have refused several proposals to keep the government running, and failed last night to provide one of their own. It is widely believed that a potential compromise on the matter could pass if brought to the House floor through a combination of Democratic and moderate-Republican votes, but Speaker Boehner continues to adhere to the Hastert rule—an informal tradition named for former House Speaker Dennis Hastert who believed legislation should not be introduced to the floor unless a majority of Republican members agree to vote for it first.

With the House unable to agree on a way to prevent the impending debt limit, the Senate has gone to work drafting a new proposal which it hopes will have enough support to come to a vote in the lower chamber. Should Speaker Boehner allow a vote, the bill would still need around 20 Republican votes in addition to support from the entire Democratic membership in order to pass.

If Congress cannot agree on a plan to raise the debt ceiling there will likely be grave consequences for both the American and global economy. Fitch Ratings, the third-largest credit-rating agency, has stated it will lower the nation’s rating from its current AAA status if it begins to default. Standard & Poor's already downgraded the rating to AA+ after the 2011 debt crisis.

Governor Cuomo recently released an outline of how federal default could impact the economy of New York State. The statement warned of “a significant negative impact on State revenues and sizable job losses throughout all sectors, most notably private employment because a default has the potential to cause another recession.”

Cuomo also noted that some economists believe failure to raise the limit would result in another national, or perhaps even global recession. He pointed to a Treasury Department report which stated the potential consequences could equal or even eclipse the 2008 recession, during which 324,000 New York jobs were lost, and state wages fell 7.2%.

“Congressional dysfunction has already hurt New York and the nation’s economies by fueling a lack of consumer confidence nationwide. Jeopardizing our full faith and credit is a new level of recklessness and irresponsibility that would have dire consequences and could cause irreparable damage to our economy,” said the governor.