Fiscal Cliff Deal May Be a No-Go

Leading conservative groups are pressing House Republicans to vote against the fiscal cliff deal, which has already been approved by the Senate.

The Senate-approved fiscal cliff deal may be a no-go, based on reported opposition among House Republicans, who say the deal calls for tax increases immediately while unfairly putting off spending increases. 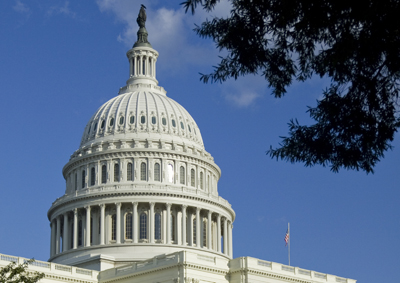 Various conservative groups have come forward in opposition of the bill, which extends jobless benefits for an additional year, while raising rates on for Americans with the highest incomes -- individuals who earn up to $400,000 annually, or couples who earn $450,000 collectively.  Rates for capital gains and dividends will jump from 5 percent, with an additional 3.8 percent added according to the new health care reform, making the rate 23.8 percent
Club for Growth, Heritage Action, FreedomWorks and Americans for Prosperity, leading conservative interest groups, have pressed the members of the House to vote “No” on HR 8.  Club for Growth suggested that the Senate passed the bill in the middle of the night, following negotiations between Vice President Joe Biden and Senate Minority Leader Mitch McConnell (R-KY), in order to avoid public scrutiny.  The message is accompanied by a warning that the group will distribute “comprehensive” ratings of congressional members to its members and the public.
Heritage Action’s website reads, “To be clear, this is a tax increase,” saying “America needs less spending, less taxing and less borrowing by our government, which would allow more investment and job-creation by America’s private sector economy.”
Matt Kibbe, President and CEO FreedomWorks, asked members in an open letter to keep their promise of $1.2 trillion in ten-year sequester savings.   “Stop kicking the can down the road. That is our New Year’s Wish. Anything less cheats the American People of what they have every right to expect from the political class,” Kibbe wrote.
Club For Growth and FreedomWorks have historically become involved in primary campaigns to oppose lawmakers, including Republicans, who oppose their ideologies.
As of 6 p.m. on Tuesday, House Speaker John Boehner is determining whether he has the required 218 votes to amend the Senate-approved bill by adding extra spending cuts.  If the votes are not there, the House will hold and up or down vote on the bill as it stands.  The Senate has adjourned until noon on Wednesday, but reports say that Senate Democrats will not strongly oppose these changes.
Share your thoughts on this article by posting a comment below or by visiting our Long Island Living discussion forum.