The Suffolk County SPCA announced today that it has rescued a pig found wandering in East Patchogue. 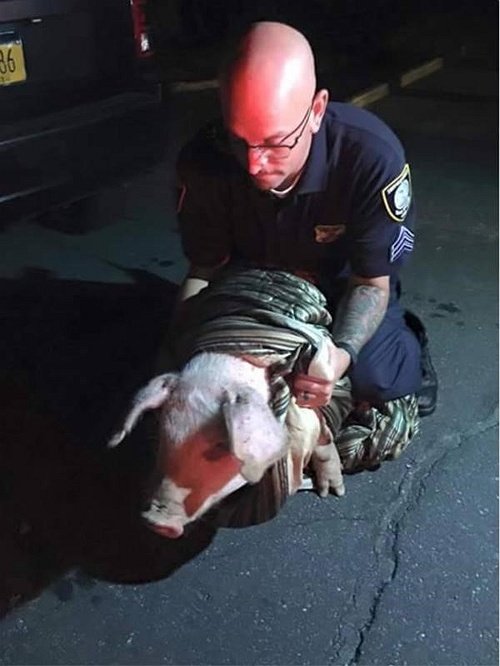 Roy Gross, Chief of the Suffolk County SPCA said that the SPCA received a call from the Suffolk County Police on Thursday evening, October 8th, that a pig had gotten loose from a Scherger Ave. address and was wandering on Taylor Ave.  Lt. John Thompson, Sgt. Michael Allen and Ryan Thompson of the SPCA's Emergency Animal Response Team responded to the area within minutes.

The 125 lb. pig was humanely captured and returned to its owner.  SPCA Officers said that the pig was friendly and posed no danger to the community.