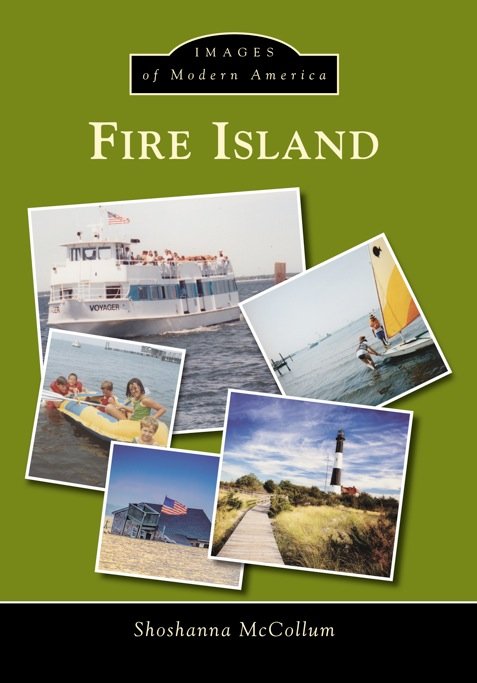 Fire Island, NY - October 8th, 2014 - As Fire Island celebrates the 50th Anniversary of its National Seashore’s Enacting Legislation, and almost two years after Hurricane Sandy, the recent release Shoshanna McCollum’s Images of Modern America: Fire Island is very timely indeed. The book is the companion volume to her first well-received local history book Fire Island: Beach Resort and National Seashore by Arcadia Publishing. Fire Island was chosen by Arcadia to be one of the first 20 titles of their newly launched “Images of Modern America” series.

Long Island.Com played a pivotal social media role while the book was in its preparation stages during 2013, connecting McCollum to individuals who contributed images for the book which included professional and amateur photographers, as well as families with photograph collections that had roots to Fire Island.

“People from all over the country responded to my request for images through Long Island.com,” says McCollum. “It would not have been the same work without their help.”

This lush, colorful photo-essay book is an intimate portrait of Fire Island over the past half-century, as well as a reflection Long Island’s heritage and its history as a whole. Upcoming book signing and/or speaking engagements scheduled to promote Images of Modern America: Fire Island include:

For more information on scheduling Ms. McCollum to speak and/or sign book their public venue, or to find out more about her recent publication, please call 631-583-9052 or email shoshannamccollum@hughes.net.