Acting Nassau County District Attorney Madeline Singas announced that a Freeport man was arraigned today on an indictment charging him with crimes related to dogfighting. 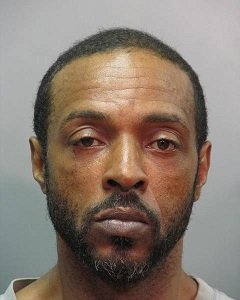 Judge Murphy set bail at $50,000 bond or $25,000 cash. If convicted on the top charge, Reddick faces up to four years in prison. He is due back in court October 19.A second defendant, who is charged on the same indictment as Reddick, is expected to be arraigned on those charges on Thursday, October 8.

“New York State law is an embarrassment when it comes to penalties for dogfighting,” Acting DA Singas said. “My office has been working diligently for years to fix our state’s laws, because they certainly don’t go far enough to protect animals or give prosecutors the tools they need to deal with repeat offenders.”

Acting DA Singas said that between March 29 and May 13, Reddick, also known as Tone, and a codefendant allegedly conspired to breed, purchase, train and fight pit bull dogs. The defendants also discussed techniques to use for upcoming fights. In one conversation, Reddick and his codefendant discussed breeding a dog named “Diva”, and Reddick allegedly said, “Let’s breed together. Let’s make it happen.”

Reddick made plans with his codefendant to build between four and five kennels, which were to be built at the codefendant’s sister’s house.

In another conversation, Reddick said that he knew he was not supposed to be around dogs for 15 years because of prior court order. Reddick also brokered a dogfight and the dog, named Beattie, died in a fight on May 7.

The defendant was arrested by the Nassau County Police Department on May 13 after a joint investigation with the DA’s office.

The Nassau County District Attorney’s Office has sought to change antiquated laws related to animal crimes that are currently classified in the state’s Agriculture and Markets Law. The Consolidated Animal Crimes Bill (CACB) was authored by District Attorney Kathleen Rice’s administration and introduced in 2012 in an effort to protect animals and prosecute animal abuse cases. The office, now under the leadership of Acting District Attorney Singas, has continued to fight for the passage of the bill in Albany.

The Consolidated Animal Crimes Bill would greatly assist in the arrest, prosecution and sentencing of animal abusers by: