Suffolk County Warns Residents of the Dangers of Powdered Caffeine

An Ohio teenager died in July after consuming powdered caffeine. 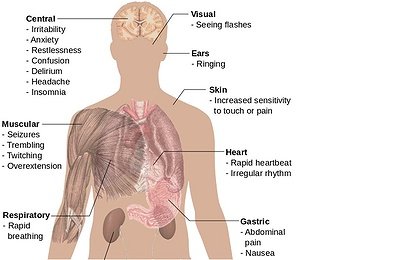 Mount Sinai, NY - August 14, 2014 - Suffolk County Legislator Sarah Anker and the Suffolk County Department of Health would like to inform residents of the dangers associated with powdered caffeine, as recently indicated by the U.S. Food and Drug Administration (FDA).
Following the death of an Ohio teenager in July, the FDA has issued warnings about powdered pure caffeine being marketed directly to consumers, particularly powdered pure caffeine sold in bulk bags via the internet. The administration recommends avoiding these products. These products are essentially 100 percent caffeine and a single teaspoon of pure caffeine is roughly equivalent to the amount of caffeine found in 25 cups of coffee.
“Pure caffeine is a very powerful stimulant and even small amounts may cause an accidental overdose,” said Legislator Anker. “Teenagers and Young Adults may be drawn to powdered caffeine for its promised results, but in reality it is very dangerous to their health.”
Symptoms of caffeine overdose can include rapid or dangerously erratic heartbeat, seizures and death. Vomiting, diarrhea, stupor and disorientation are also symptoms of caffeine toxicity. These symptoms are likely to be much more severe than those resulting from drinking too much coffee, tea or other caffeinated beverages and individuals with pre-existing heart conditions should refrain from using caffeine.