The Greater NY Metro area generated more than 130,000 jobs year-over-year as of August, leading large metropolitan areas, according to the U.S. Bureau of Labor Statistics. 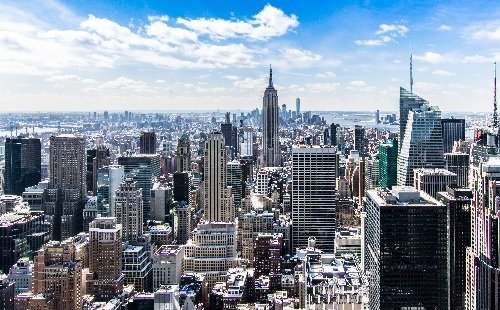 The Greater NY Metro area added more jobs than any other large metro area, according to a government study.

Photo by: Pexels by Lukas

The Greater New York metropolitan area showed the biggest job gains year over year in the nation as of August, according to the United States Bureau of Labor Statistics.

The largest over-the-year percentage gains in employment occurred in Ocean City, NJ, at a 7.0 percent gain, followed by Reno, NV, at 5.5 percent and Ogden-Clearfield, Utah, at 4.6 percent,

Unemployment rates were lower in August than a year earlier in 224 of the 389 metropolitan areas, higher in 132 areas, and unchanged in 33 areas, according to the report.

The national unemployment rate in August was 3.8 percent, not seasonally adjusted, little changed from a year earlier.

A total of 82 areas had jobless rates of less than 3.0 percent and two areas had rates of at least 10.0 percent.