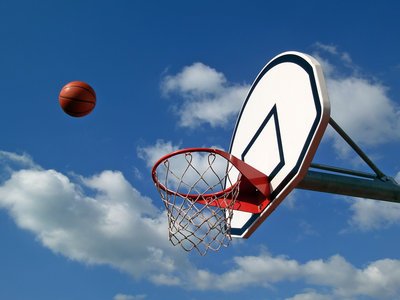 County Executive Mangano stated, “I thank CHASE and the New York Knicks for their corporate generosity and for truly inspiring young fans to participate in sports. From beautiful new surfaces to new backboards and padding of poles, these renovated basketball courts provide new athletic and recreational opportunities for our youth.”

Legislative Minority Leader Kevan Abrahams stated, “This is a great example of the great things that can be done for our parks and our communities like Roosevelt when we engage in private public partnership. This is a great day for the Roosevelt community and a terrific upgrade for the alreadybeautiful Rev. Arthur Mackey, Sr. Park.”

As part of a community program entitled “Basketball in the Boroughs and Beyond,” CHASE and the New York Knicks refurbish basketball courts and conduct clinics for the general public in communities throughout the tri-state area. The initiative features a free basketball clinic, player visits and a theme night at a Knicks game. The goal of the program is to grow and develop basketball participation and fundamentals, physical fitness, promote healthy lifestyles and well-being for children in the region.

About Rev. Arthur Mackey, Sr. Park
Rev. Arthur Mackey Sr. Park, with a central South Shore location, is located by the Roosevelt Preserve and incorporates a beautiful lake along with numerous recreational activities. Rev. Arthur Mackey Sr. Park has been part of the Nassau County park system since 1984 and offers the following activities: two tennis courts; two handball/paddleball courts; two full basketball courts and four half-courts; and a baseball field. There are two picnic areas, one which is available upon reservation and another available on a first come, first serve basis. In addition, a new and large playground area provides a range of activities for children. The lake at Rev. Arthur Mackey, Sr. Park provides a beautiful setting for a stroll, a jog or some quiet time relaxing on one of the numerous benches that line the three mile nature trail. Recently, new fences were installed as part of the ongoing efforts to improve the park.