A man was shot to death on Upper Sheep Pasture Road, Setauket. 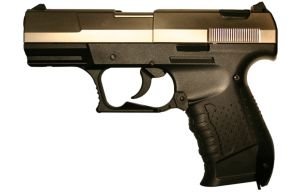 Update - October 11th, 2013: Suffolk County Police Homicide detectives, assisted by U. S. Marshals Service and the Sevier County Sheriff’s Department, have arrested Brett C. Knight, 45, at 2205 Creswell St., Sevierville, Tennessee. On October 10, 2013, Knight was returned to New York and has been charged with Murder 2nd degree for the September 24, 2013 shooting death of Ross Reisner in Setauket. Knight’s last permanent address is 640 E. Cobblestone Lane, Midvale, Utah. Knight is being held overnight at the Sixth Precinct and will be arraigned on October 11 at First District Court in Central Islip.

Sixth Precinct police officers responded to 62 Upper Sheep Pasture Road after a 911 caller reported that a man had been shot. When officers arrived at 8:45 p.m., they discovered the homeowner, Ross Reisner, inside the house with a gunshot wound to the chest. A resident of the home reported that the gunshots were fired through a window. Reisner, 50, was transported to Stony Brook University Hospital where he was pronounced dead.

Detectives are asking anyone with information on this case to call the Homicide Squad at 631-852-6392 or anonymously to Crime Stoppers at 1-800-220-TIPS. All calls will be kept confidential.