According to a new report issued in September by the Regional Plan Association, the oldest independent urban research and advocacy organization in America, the lack of affordable rentals on Long Island is damaging its economy. 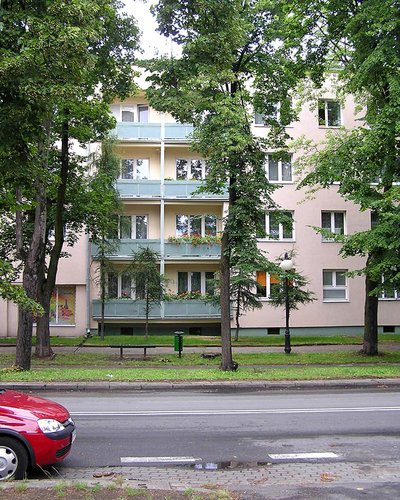 According to a new report issued in September by the Regional Plan Association, the oldest independent urban research and advocacy organization in America, the lack of affordable rentals on Long Island is damaging its economy.

The report, entitled “Long Island’s Rental Housing Crisis,” reveals that Long Island is ill-prepared to meet the growing demand for rental housing being created by young college graduates who prefer walkable neighborhoods near transit and baby boomers nearing retirement who are looking to downsize.

Not only does Long Island have far fewer rental homes than any part of the tri-state area; but, the report shows, the Island is also constructing the fewest townhouses and apartments.

With rents on the Island increasing faster than income due to the surge in demand, many middle-income workers find it impossible to afford a typical two-bedroom apartment.

According to the report, unless Long Island adapts to meet these growing needs, our economy is “likely to stagnate.” Businesses rely upon a diverse workforce to succeed, and without attractive, affordable housing options, new residents and the companies that employ them will look elsewhere. The resulting loss of tax revenues will mean that everyone else’s taxes on Long Island will likely go up.

Additionally, post-World War II patterns of suburban sprawl are becoming increasingly unappealing to a young generation of college graduates looking for cultural and social offerings amid vibrant, multiple-use, walkable neighborhoods. Many of them are living with relatives, gravitating toward illegal housing or simply moving out, creating a damaging demographic shift on the Island.

According to the New York Times, 55 percent of all 20-to 34-year olds on Long Island live with their parents, one of the highest rates in the nation; and a 2012 LI Index report indicates that over two-thirds of residents, aged 18 to 34, said they are somewhat or very likely to leave the Island in the next five years.

Christopher Jones, the vice president for research for the Regional Plan Association and an author of the Rental Housing Crisis report, said Long Island’s 100 village governments, whose zoning laws have restricted multi-family housing, are largely to blame.

Jones contents that rentals could be added to compact downtown business districts, which would create housing and bolster local economies without compromising the look of the Island.

“The character doesn’t have to change,” Jones said. “You will still have the same single-family neighborhoods that people think of when they think of Long Island. There will just be more choices.”

Some areas of the Island have begun to respond to the need. Over the last decade, for example, the village of Patchogue has added or is constructing over 600 apartments, about half of which are rentals; and the residential portion of the New Village project, which is currently under construction, will create 291 apartment at the site of a former department store and bowling alley on West Main Street. According to Robert Loscalzo, chief operating officer of Tritec Development Group, the developer of the project, more than 250 renters have already expressed interest online.

In the village of Mineola, Mill Creek Residential is developing a 275-unit rental called the Winston on Old Country Road near a Long Island Rail Road stop. In addition, the development company recently completed two other communities, Metro 303 in the village of Hempstead and West 130 in West Hempstead. Both were 90 percent leased within 10 months.

The Regional Plan Association report warns that unless Long Island further adapts by providing affordable housing choices like these, it will continue to lose ground. By contrast, building more rental homes would mean more jobs, higher incomes and more tax revenues for the Island.

Voice your opinion below or on our Long Island Discussion Forum.