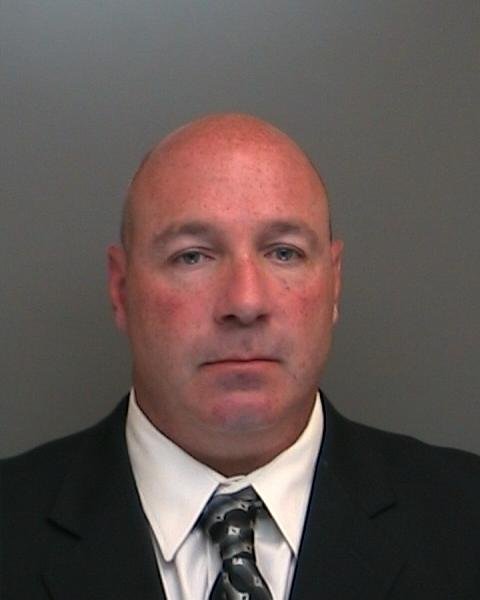 Update - September 21, 2015 - Suffolk County Police today arrested a Centereach man for fleeing the scene of a motor vehicle crash that seriously injured a motorcyclist in Ronkonkoma on September 20.

Thomas O’Neill turned himself in at the Fourth Precinct this morning and was charged by Vehicular Crime detectives with Leaving the Scene of an Incident Resulting in Serious Physical Injury, a Class E Felony.

O’Neill, 44, is a Suffolk County Police Officer assigned to the Community Response Bureau and has been with the department since 2003. He was off duty at the time of the crash and has been suspended without pay. O’Neill voluntarily submitted to a blood test. A physician assistant from the Office of the Suffolk County Medical Examiner obtained the blood sample, which will be analyzed for alcohol and drugs.

O’Neill provided the vehicle involved in the crash and consented to a search as well as a forensic analysis of the vehicle.

Charles Giardinello was riding a motorcycle eastbound on Portion Road, 100 feet east of Avenue B, when the motorcycle struck a westbound pickup truck that was attempting to turn left into a parking lot at approximately 7:25 p.m. The truck then fled the scene northbound on Avenue B.

The pickup is described as a newer model, gray, full-size 4-door truck and sustained damage to the passenger side doors and bed.

Giardinello, 40, of Nesconset, was transported to Stony Brook University Hospital where he was admitted in critical condition.

Detectives are asking anyone with information on this crash to call the Vehicular Crime Unit at 631-852-6555 or anonymously to Crime Stoppers at 1-800-220-TIPS. All calls will be kept confidential.