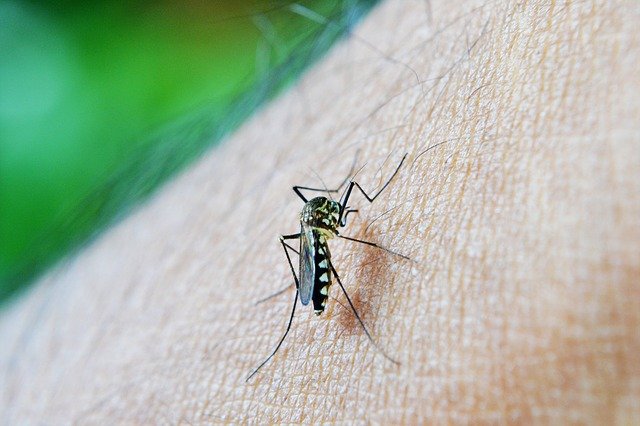 Suffolk County, NY - Sept. 19, 2018 - Suffolk County Commissioner of Health Services Dr. James Tomarken today reported the confirmation of two new cases of West Nile virus in Suffolk County. One is a resident of the Town of Huntington who is over the age of 55 and was hospitalized in late August with symptoms consistent with West Nile virus. That individual is presently recovering at home. The other case is a resident of Town of Smithtown who is also over the age of 55 and was seen at a local hospital at the end of August with symptoms consistent with West Nile virus and has fully recovered.
Suffolk County has reported three cases of West Nile virus to date this year. Last week, the county reported a case from the Town of Babylon. The patient remains in the hospital.
West Nile virus is transmitted to humans by the bite of an infected mosquito. It is estimated that 20 percent of those who become infected will develop clinically noticeable symptoms of West Nile virus disease. Mild symptoms may include fever, headache and body aches, skin rash and swollen lymph glands. More severe symptoms include high fever, headache, neck stiffness, stupor, disorientation, coma, tremors, convulsions, muscle weakness, vision loss, numbness and paralysis. West Nile virus can be fatal. Residents who experience symptoms are advised to visit their healthcare providers. While there is no specific treatment for West Nile virus, patients are treated with supportive therapy as needed.
Individuals who are most at risk for severe infection include those over 55 years of age and those with chronic illness or compromised immune systems. These individuals are urged to take precautions to avoid being bitten by mosquitoes during mosquito season, which extends from June 1 through November 1.
Among the recommendations: use insect repellent containing DEET*, spray clothing with repellent containing permethrin, avoid going outside from dusk to dawn when most mosquitoes are active, wear long sleeves and long pants when nighttime activity is unavoidable, eliminate standing water from flowerpots, clogged gutters, recycle bins, birdbaths, toys, swimming pool and hot tub covers.
The number of human cases of West Nile virus varies each year. Suffolk County reported seven human cases in 2017, five human cases in both 2015 and 2016, one in 2014, and four in both 2011 and 2013. Comparatively, the county reported 14 human cases in 2012 and 25 in 2010, the year in which the virus claimed three lives.
“There is no discernible trend,” said Dr. Tomarken. “We know only about the cases in which the patient sought treatment and we received laboratory confirmation of West Nile virus. There may be many more residents who acquired West Nile virus, but we never learned about them because they didn’t seek medical attention or they sought attention but lab tests weren’t ordered.”
Individuals who have medical questions related to West Nile virus may call the Suffolk County Department of Health Services’ Division of Public Health: 631-854-0333.
To report mosquito problems or stagnant pools of water, call the Department of Public Works’ Vector Control Division at 631-852-4270.
*Follow label instructions. Consult healthcare provider before using insect repellent on young children.