Tribunal is first of its kind on Long island and third in New York State. 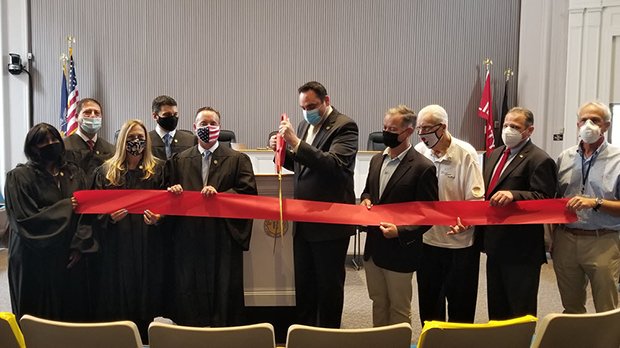 The difficulty posed for Long island townships is that the law is that concerned citizens now need to be identified when reporting a town code violation. In effect, anonymous complaints cannot be accepted under the new discovery laws . As a result, residents are not reporting violations causing the information well to dry up in town code enforcement efforts.

The law also severely affected the time it takes to resolve issues and decreased the number of town code violations and quality of life complaints that local towns are getting.

Before the NYS changed the law, an individual would be able to report a code violation to a town anonymously; if the violation was resolved through compliance, the entire process remained anonymous, according to a description of the process by Huntington Town in a statement.

Earlier this year, Long Island town supervisors held a press conference  to encourage the State to roll back the legislature. If that wouldn’t happen, they want to be able to form their own tribunals not subject to the state’s discovery law.

Huntington Town Supervisor Chad Lupinacci had announced  his town to be the sole local municipality with what he called an antidote to the discovery law. He said that Huntongton had gotten state approved legislation enabling the establishment of the first Bureau of Administrative Adjudication on Long Island, which will not be subject to the State's new discovery obligations.

“If the Town can’t protect the privacy of individuals concerned enough to report a code violation, this makes it less likely a person will report sometimes dangerous violations and it can escalate neighbor disputes, which helps no one,” Lupinacci said.

Previously, paperwork was never turned over to the defendant unless the case went to trial. 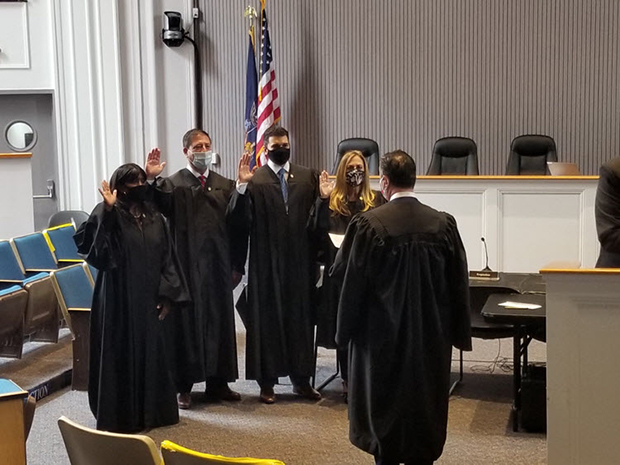 On Thursday, Huntington Town announced the formation of its Bureau of Administrative Adjudication - or what is being called a tribunal - with a ribbon-cutting and swearing-in ceremony at Town Hall.

According to a statement released by the town, the tribunal will resolve many of the issues created by the state law. The town is hoping to cut red tape and improve operational efficiency while maintaining the privacy of residents and individuals who report violations that do not go to trial.

“The opening of this tribunal is a huge step for the Town of Huntington in efficiently resolving public safety and quality of life issues while protecting the privacy rights for those who report violations, as it resolves tremendous legal issues created by the disastrous changes to criminal discovery procedures in the bail reform laws passed by New York State in 2019," said Lupinacci.

He noted the timing of the celebration of the new court coincided with Constitution Day in the United States.

“On this date 233 years ago — September 17th, 1787 — the Constitution, the supreme law of the United States, was signed by its authors, and began its challenging journey toward ratification,” he said. “We are making history today as well.”

The Town said that the tribunal is not subject to the new criminal procedure discovery obligations, restoring privacy rights eliminated by New York State law for residents facing public safety and quality of life issues that need to be resolved.

The 2019 State law requires Towns to share the contents of criminal background checks on witnesses to defendants for cases heard in Suffolk County 3rd District Court, where the Town would prosecute code violations before the tribunal was created.

“I am proud to have presided over the opening of our court today. My mission will be to treat every citizen with dignity and to ensure that everyone has an opportunity to be heard,” said Chief Administrative Law Judge Joshua C. Price, who presided over morning and afternoon sessions of the court Thursday and performed a swearing-in of the administrative law judges during the ceremony.