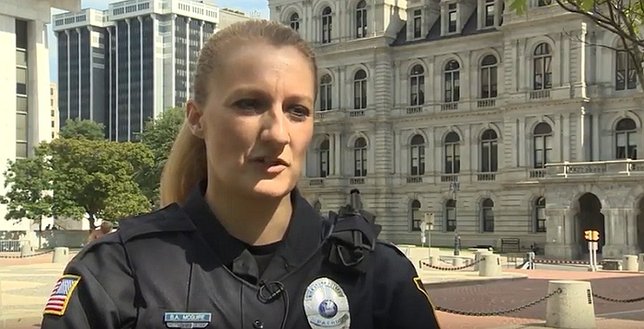 DREs are utilized by law enforcement officials when a driver appears to be impaired, but police have ruled out alcoholic beverage as the cause of impairment. A DRE receives extensive training that allows him/her to observe and document signs and indicators of impairment with each of the seven drug categories including illicit and prescription drugs. This training allows DREs to make arrests and remove impaired drivers from New York State roadways regardless of the drug or drug combinations that are causing impairment.
“Unfortunately, drugged driving is something that more and more law enforcement officers are encountering on New York’s roadways, making the DRE program more important than ever,” said Acting GTSC Chair and DMV Executive Deputy Commissioner Terri Egan. "We are extremely proud of our recent graduates as they are critical to our mission to ensure safety and accountability on New York State roadways."
"The DRE program is an essential tool for today’s law enforcement to safely patrol and enforce our traffic laws for New York State motorists," said Suffolk County Sherriff’s Office Deputy Sean Thompson. “I feel the program provides a great resource, for myself and my colleagues, in protecting our roadways and ensuring that our communities are safe.”
According to data compiled by the Institute for Traffic Safety Management and Research (ITSMR), drug-involved drivers were involved in 15 percent of all fatal motor vehicle crashes in New York State in 2015, up from 11 percent in 2013. Personal injury crashes involving drug-involved drivers have been on an upward trend in recent years, increasing 14 percent between 2013 and 2015, highlighting the importance of having police officers certified as DREs to better detect, identify and remove drug-involved drivers from New York State roadways.
As part of their intensive training, DRE graduates must successfully complete a three-part phased program to prior to being certified. The first phase consists of a two-day curriculum followed by a certification test to advance to the next phase of the program. The second phase, which encompasses 72 classroom hours, results in a final knowledge exam. The third phase, a comprehensive certification training program, requires participants to observe and identify three out of the seven drug categories and take a three to four hour final knowledge exam to successfully comply with DRE regulations.


In addition, please view this YouTube video featuring Sergeant Beth McGuire, a Drug Recognition Expert with the Niskayuna Police Department, which details the importance of the Drug Recognition Expert program and its effect on our roadways and communities.
Below is a list of graduates and their affiliation:
Officers selected to attend the DRE program must have a history of being proactive within their community and be well-versed in DWI detection. Only a handful of the large number of DRE applicants are selected to attend the extensive training which is paid for by the GTSC.
For more information on the DRE program, click here.