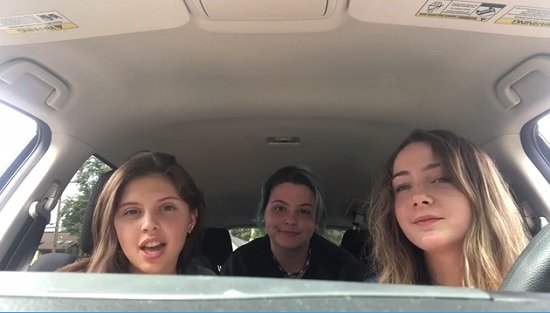 Curran and Bellone proclaimed that date “Pedestrian Safety Day" via proclamations presented to the New York Coalition for Transportation Safety. 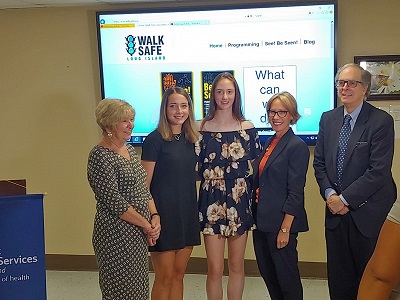 The group, led by Executive Director Cynthia Brown, is a non-profit, statewide organization founded in 1982 by the Medical Society of the State of New York and the American Association for Automotive Medicine.

It originally pushed to pass regulations requiring seat belt use in New York State and is now leading a push for pedestrian safety including a "Walk this way" campaign.

Approximately 300 pedestrians are killed by motor vehicles, 15,000 are injured and 3,000 are admitted to the hospital annually due to injuries on the state’s roadways, according to the coalition.

Injuries to pedestrians are among the top 10 leading causes of injury-related hospital admissions and death for almost all age groups In New York State.

“The majority of pedestrian-motor vehicle crashes involve driver error, including distraction, failure to yield, and speeding,” according to the coalition.

Pedestrians, the group adds, “are responsible for following vehicle and traffic laws as well” with 25 percent of accidents involving them also involving “pedestrian error or inattention.” 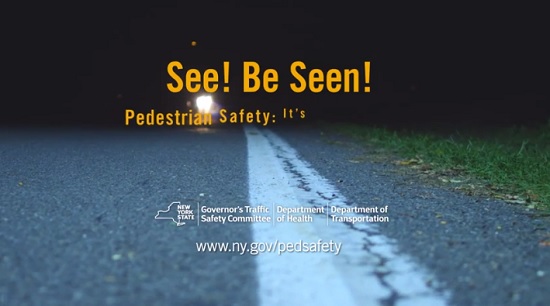 Children and adults age 65 and older are “most vulnerable to pedestrian injuries and death,” according to the coalition. Pedestrian-traffic related injuries are the third leading cause of unintentional injury-related death for 1 to 9 year olds, and the third most frequent cause of unintentional injury-related hospital admissions for 5 to 9 year olds, the coalition said.

Medical groups are making this push for safety, which includes a focus on Long Island, the site of many accidents involving pedestrians.

“Several Long Island communities have some of the highest rates of pedestrian injuries and deaths due to motor vehicle crashes in the state,” according to the Suburban Hospital Alliance of New York State and the Nassau-Suffolk Hospital Council.

Hempstead, according to those groups, reports “the highest number of crashes of all communities in upstate New York and Long Island” involving pedestrians.

The New York State Department of Health and the Governor’s Traffic Safety Committee created a “See! Be Seen!” campaign to provide safety tips for pedestrians and drivers. 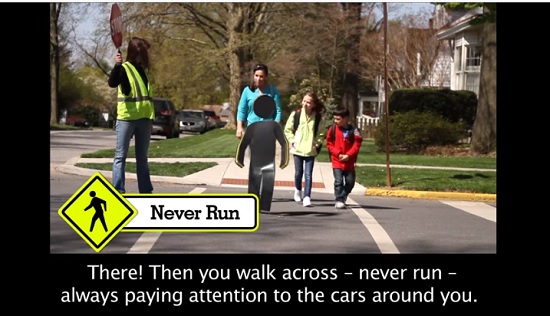 In the video contest, designed to draw attention to danger to pedestrians, students were asked to create short videos illustrating one or more of the state’s vehicle and traffic safety laws for pedestrian enforcement. The contest is part of Walk Safe Long Island, a campaign to promote pedestrian safety and law-based education.

The students were given scholarship awards at St. Joseph Hospital in Bethpage on September 16. The videos can be viewed here. Below are tips from the groups pushing for  greater pedestrian safety.

“Be Seen!” Tips for Pedestrians: