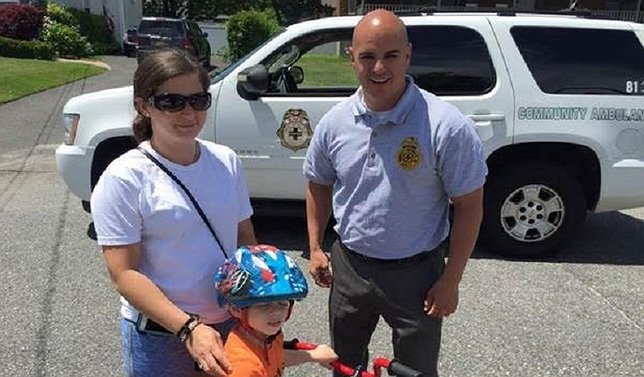 Sayville, NY - September 14, 2016 - The Suffolk County Legislature recently voted to appoint Legislator Bill Lindsay’s nominee Jamie Atkinson as a member of the Child Fatality Review Team. Atkinson will serve for a two year term as the representative of a local hospital.

The Child Fatality Review Team was established by the Suffolk County Legislature in March of 2016 with the intent to identify preventable social and family circumstances that contribute to child fatalities and provide recommendations regarding the investigation and prevention of child deaths.

Jamie Atkinson is uniquely suited for the position as his qualifications are vast and his reputation is unmatched. Atkinson currently serves as a Detective for the New York State MTA Police Department, as a former Chief and current Board Member with the Community Ambulance Company and as a Hospital Safety Officer with Northwell Health-Southside Hospital. Atkinson is also known for his heavy involvement in several community organizations that further represent his value and leadership within our community.

Regarding his appointment to the Child Fatality Review Team, Atkinson said, “I want to thank Legislator Lindsay and the entire Legislature for giving me this opportunity to serve the residents of Suffolk County on the Child Fatality Review Team. I cannot think of a position that is more important or vital than being an advocate for Suffolk’s most vulnerable population, our children, especially when these children have passed away from the tragedy of Sudden Infant Death Syndrome (SIDS), homicides, suicides and abuse or neglect. I believe my background in law enforcement, EMS and Healthcare will make me a valuable member of the team in an effort to prevent future deaths, to assist in the investigative process and improve the social services system."

“I cannot think of a better person to have appointed to the Child Fatality Review Team than Jamie” said Legis. Lindsay. “Jamie is the very definition of a leader as he works several jobs and still finds time to be active and engaged in every aspect of our community. His presence will make the review team stronger as his skills and track record are unmatched.”