September is National Library Card Sign Up Month, encouraging people to get their cards. 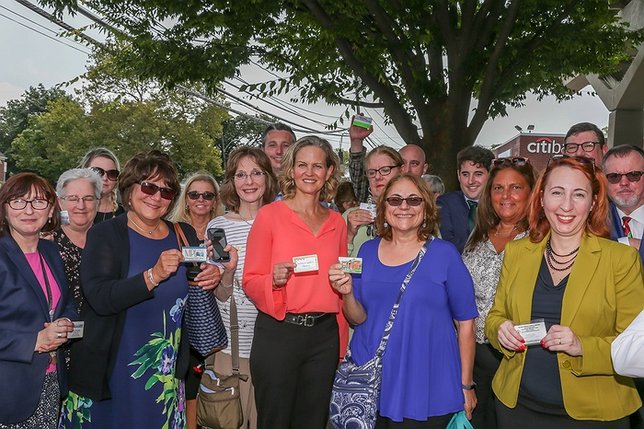 All across Long Island (and the nation) libraries are reminding parents, caregivers and students that signing up for a library card is the first step towards academic achievement and lifelong learning.

In 1987 a campaign launched in response to then Secretary of Education William Bennett, who said, “Every child should obtain a library card and use it.” The American Library Association (ALA) took those words to heart and started National Library Card Sign Up Month.

According to a blog post on the history of the national movement, the ALA teamed up with the National Commission on Libraries and Information Science (NCLIS) to start the campaign, with a grant of $85,000 from the Reader’s Digest Foundation. A telegram was then dashed off to Secretary Bennett saying, “We accept your challenge.”

One might think that libraries would have gone the way of the telegram in the era of the internet and digital media. But libraries offer more than just books and have adapted to survive in today’s world.

Libraries are alive and well.

As a matter of fact, the Pew Research Center conducted a survey of Millennials and found that more than half used a public library compared to less than 50 percent of Gen Xers and Baby Boomers.

Libraries now offer a local place for people to gather, take classes, use free WIFi, rent movies and even borrow e-books. According to the ALA, there are more public libraries than Starbucks in the U.S. – a total of 16,568, including branches. Nearly 100% of public libraries provide Wi-Fi and have no-fee access to computers.

On Long Island there are over 110 local libraries.

In a statement promoting library card signups, Nassau County Executive Laura Curran compared a library card to a passport to an entire world of great content and education.

“Forget what you know about libraries-- they are no longer just about books – they offer so many free services, rentals, educational tools, workshops and so much more,” said Curran.

National Library Card Sign Up Month even has a hashatg to use on social media: #GetLibraryCarded

Libraries also preserve the freedom to access books in privacy. The ALA made a point of this by highlighting the eleven most challenged books in 2018.

“In 2018, the ALA Office for Intellectual Freedom (OIF) tracked 347 challenges to library, school, and university materials and services,” the ALA said in a statement.

The top 11 most frequently challenged books were: