The new regulations will require payroll card companies to provide access to at least one fee-less ATM near where employees live or work. 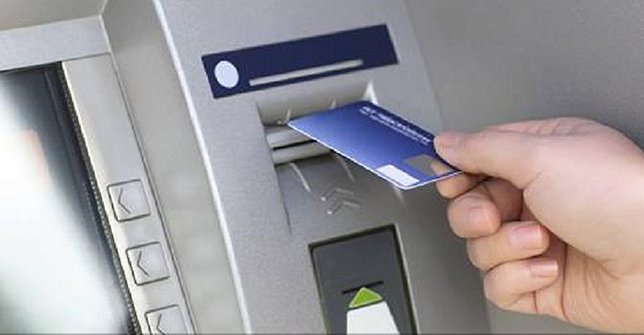 Albany, NY - September 8, 2016 - Governor Andrew M. Cuomo today enacted the country’s most comprehensive payroll card protections for low-wage workers, preventing thousands of workers statewide from losing hundreds of dollars a year accessing their hard-earned wages. The new regulations will require payroll card companies to provide access to at least one fee-less ATM near where employees live or work, prevent card issuers from receiving kickbacks or financial remuneration for delivering wages via payroll card, and eliminate a host of fees, including those for account maintenance, overdraft and inactivity.

"These tough new standards protect some of our most vulnerable New Yorkers from predatory practices that seek to deny them a fair day's pay for a fair day's work,” Governor Cuomo said. “By eliminating costly hidden fees and removing barriers to accessing money workers have rightly earned, these nation-leading regulations build upon this administration’s efforts to prevent worker exploitation and help ensure all employees are treated with fairness, decency and respect.”

“One of the top priorities of the administration is protecting workers from abuse and exploitation,” Department of Labor Commissioner Roberta Reardon said. “The regulations adopted today ensure a transparent process and protect workers from watching their hard-earned paychecks whittled away by hidden fees.”

An estimated 13,000 businesses in New York State pay approximately 200,000 workers through debit cards that often feature hidden fees for accessing cash or checking balances. Many of the workers paid with these cards do not have a bank account, forcing them to use ATMs that require additional fees on top of those already imposed by the card issuer.

Last May, Governor Cuomo announced that the state Department of Labor had published draft regulations to combat these predatory practices and ensure workers in New York State have access to their wages in full. These regulations include the following measures and are being adopted today:

Businesses using payroll cards will continue to be able to save on the costs of printing and distributing paychecks and replacing lost or stolen checks under the regulations.

The new regulations govern all methods of wage payment: cash, paycheck, direct deposit or pay card. The new payroll regulations protect workers who receive paychecks by codifying the existing requirement that employers provide a local, no-cost way for employees to cash their checks.

Attorney General Eric Schneiderman said: “For too long, hard-working New Yorkers have seen their wages chipped away by unfair fees when their employers opted to pay them with payroll cards. My office issued a report in 2013 finding that approximately 75% of workers paid with payroll cards incurred some kind of fee, and frequently, workers were not adequately informed of how to avoid fees. My office introduced legislation to address these issues, and I applaud Governor Cuomo for enacting meaningful regulations that will protect workers and usher in the type of reforms that need to be made.”

Stuart Appelbaum, President of RWDSU, said: "When methods of payroll payment actually take money from workers through fees, we see how much the entire system is based on various forms of wage theft. For years now, banks and employers colluded on payroll card agreements and fee schedules depleting workers' wages through high and hidden fees. We commend the Governor for these new strong rules that ensure workers have fair and direct access to their wages."

Marshall Bertram, Worker Center Coordinator, Western New York Council on Occupational Safety and Health, said: "The WNY Council on Occupational Safety and Health, the WNY Worker Center, and its allies and supporters welcome the greatly anticipated Department of Labor rules around payroll debit cards. For far too long, employers have used these cards to shift payroll costs to employees, to siphon off hard-earned wages, and to force our most vulnerable workers into precarious financial situations. Workers should not have to pay fees to get their wages, should not be coerced into using these cards, and should not have to pay for financial statements in these predatory financial arrangements. We commend Governor Cuomo and the Department of Labor for passing these regulations despite intense pressure from the credit card lobby that benefits from these debit cards. These regulations will go far to combat the paradigm of employers and the financial industry profiteering at the expense of the working class—especially here in Buffalo where almost one-third of the residents live in poverty and every penny matters."

All employers in New York State are required to give employees a wage statement or pay stub each payday. They are also required to maintain records of how long each employee works, the rate or rates of pay, how each employee is paid, itemized deductions, and credits claimed by the employer (i.e., tip, meal and lodging allowances).

For questions about wages or other labor standards issues, or to file a complaint, visit: here.