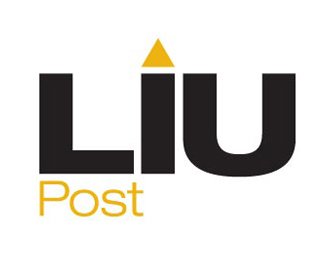 Brookville, NY - September 9th, 2013 - This fall, Long Island University presents the inaugural Entrepreneurship Week, featuring on-campus lectures by eminently successful business people -- a priceless opportunity to learn about the world of the entrepreneur from those who know it best.

“The opportunity to meet and learn directly from people like Sandy, Alan, and Garth is one of the great advantages of studying at a comprehensive, private university like LIU,” said Dr. Andrew Rosman, dean of the LIU Post College of Management. “The thought leaders of our times, in business and many other fields, come to our campus to share their insights with the next generation. To spend time in their company is a rare and valuable opportunity.”

Garth Monroe is Vice President & CFO for BioNano Genomics in San Diego, Calif. Prior to BioNano Genomics, he served as CFO for Epocal, a multi-national, venture-backed, medical device company.

Other professional experiences include United Technologies and JetBlue Airways, working in finance, supply chain, and operations.

Sanford Kane is the CEO of Real Sourcing Network, a print aggregating company in New York. He is also president, for twenty years, of Kane Concepts Incorporated, a management consulting firm providing specialized expertise in the areas of strategic planning, joint ventures, organizational restructuring and site selection, primarily for the hi-tech industry. During his career, Mr. Kane has been a prominent figure in the semiconductor industry. Having risen to the post of Division Vice President, Industry Operations at IBM, Mr. Kane subsequently held senior executive posts in several enterprises that spanned Sematech (a breakthrough initiative consortium of 14 US semiconductor companies) for which he was Chairman of the Executive Committee, followed by his serving as the CEO of US Memories and PCO, Inc., both of which were joint ventures involved in the business of semiconductor memory and fiber optics for applications in the telecommunications and data communications markets. Mr. Kane founded Tower Semiconductor, an Israeli semiconductor manufacturer, in 1993 and served as Chairman and CEO, followed by CEO roles in entities from 1999 to the present in semiconductor equipment manufacturing, internet tools for professional organizations and management consulting.

Alan Vituli, CPA
Alan Vituli served as the CEO-Chairman of Carrols Restaurant Group (a 900-unit operator of fast casual and quick service restaurants throughout the United States and Latin America) for 24 years prior to his retirement in 2011.

Mr. Vituli has been involved as owner with a variety of enterprises including businesses in the fitness, wellness, fuel oil, real estate and cosmetics industries. Mr. Vituli has served on a number of Boards of Companies whose shares are publicly traded including Tyco Toys, Pollo Tropical, Ruths Hospitality Group and Carrols Restaurant Group.