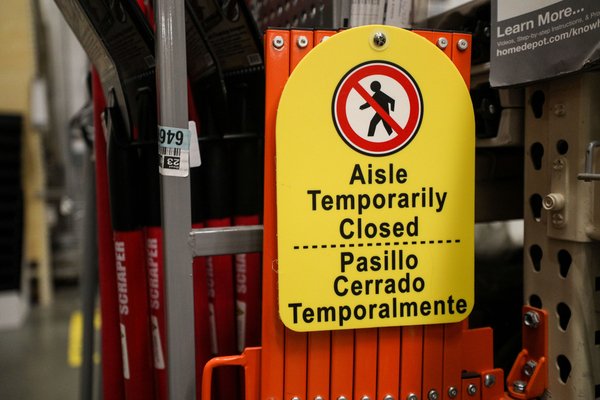 On Friday,  August 30th, Brookhaven Town Fire Marshals went out to 39 big box stores across the region to assure they were in compliance with fire codes. As a result of the operation, the town issues 22 summonses and 21 violations.

A big box stores is generally described as a large retail chain store that is usually run by a national brand.

The stores were not named in a statement that Brookhaven Town issues regarding the action.

Fire Marshals issued 22 summonses for various infractions including blocked aisles and exits, and one for propane stored inside. Each summons issued is a misdemeanor, punishable by a fine up to $10,000 and/or up to 6 months in jail.

They also issued 21 violations that did not warrant a summons and were not egress related.

“Our number one priority are the shoppers and employees who expect to be safe and able to exit the store in the event of an emergency,” said Brookhaven Town Chief Fire Marshal Christopher Mehrman. “Ensuring aisle widths are maintained and exits are not blocked by merchandise are just some of the things we are looking at. The Town has a zero-tolerance approach to these violations.”

Town Supervisor Ed Romaine said the actions were meant to enforce codes that could mean the difference between life and death during a fire or other emergency.

“We will not tolerate any violation of our fire codes and I commend our Fire Marshals for the important work they do to keep people safe during the holidays and throughout the year,” he said.