Following the thrill of the Captain America sequel, moviegoers got to enjoy the sequel for Spider-Man this weekend! 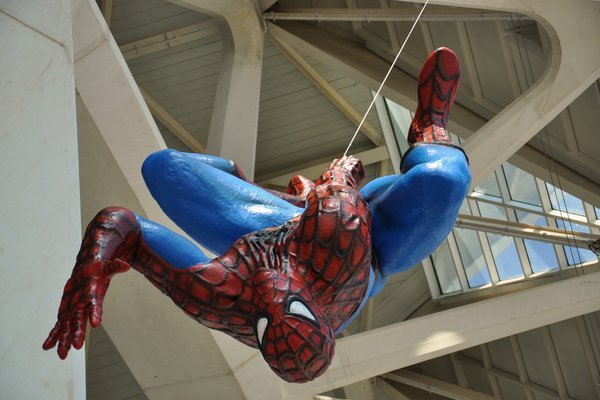 ‘The Amazing Spider-Man 2’ brought in $92 million over the weekend, making it the second best opening film of the year. It came shy of taking first place by $3 million from ‘Captain America: The Winter Soldier,’ which brought in $95 million for its debut last month.

While the sequel for Spider-Man did not match the $114 million received for the first Spider-Man film 12 years ago, it still remains a great success for the franchise under the Marvel universe.

Last weekend’s top movie flick, ‘The Other Woman’ was bumped to second place at the weekend box office – bringing in $14.2 million. Following behind that was ‘Heaven Is for Real’ with $8.7 million and ‘Captain America: The Winter Soldier’ in fourth place with $7.8 million for its fifth week out.

The run of amazing superhero films continues to entertain moviegoers. In a few more weeks, there’s another one to get excited about – ‘Godzilla.’

For those looking for a film with comedy:

Photo by Alberto-g-rovi, via Wikimedia Commons.