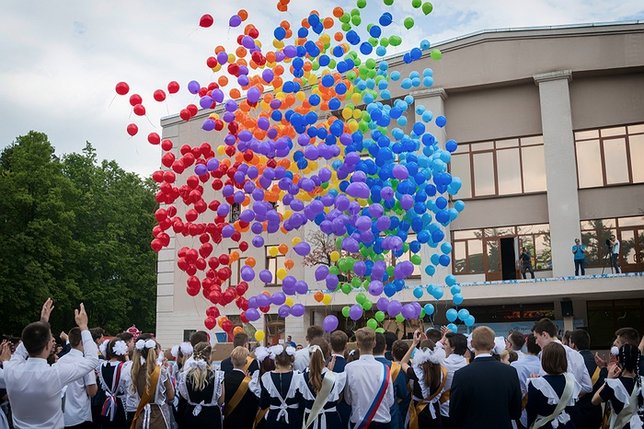 “Through research and data, we know that the release of balloons has a devastating effect on our sea life. We live on an island and the majority of the balloons end up in our surface waters and on our beaches. Balloons become beach litter or entangled in boat motors that directly impact Long Island’s $4 billion ocean-related tourism industry,” said Legislator Sarah Anker.

According to the National Oceanic and Atmospheric Administration (NOAA), balloon debris can be easily mistaken for food and ingested by animals, and balloons with ribbons can entangle wildlife. Balloon debris can also have an economic impact on communities by contributing to dirty beaches, and can cause power outages when entangled with power lines.

“The beaches in my legislative district, that includes the coastline from Mount Sinai to Wading River, are greatly impacted by environmental pollution, in particular plastics and balloons. It’s time we take responsibility for keeping our oceans clean and become better stewards of our environment,” said Legislator Anker.

The law will also require businesses and organizations that sell helium balloons to display a sign at the point-of-sale stating “IT IS UNLAWFUL TO RELEASE HELIUM OR LIGHTER-THAN-AIR GAS BALLOONS IN SUFFOLK COUNTY.”

The fines for intentional balloon release start at $500 for the first violation, $750 for the second violation, $1000 for the third violation, and thereafter. Introductory Resolution 1611-2019 will amend Chapter 310 of the Suffolk County Code which currently allows the release of up to 25 balloons. The law will go into effect within 90 days of the date that the bill is signed by County Executive Steve Bellone.

The Eastern Long Island Chapter of the Surfrider Organization collected 774 balloons on 38 beaches from June 2017 to December 2018. In February of this year, East Hampton Town voted to ban the intentional release of balloons in the town.

“The once accepted practice of celebrating life’s big events by releasing balloons into the wind have floated away.  And while these important moments have been fleeting, the small pieces of balloon waste left behind are forever, posing a threat to marine life for generations,” said Legislator Kara Hahn, Chairwoman of the Legislature’s Environment, Planning and Agriculture Committee.  “I thank Legislator Anker for taking the air out of this antiquated practice of intentionally releasing balloons as a form of celebration.”

“I am pleased to join my colleagues in supporting IR 1611,” stated Legislator Tom Muratore. “The intentional release of helium balloons, which may seem fun at the time, can have deadly consequences to our environment and wildlife. This legislature’s forward thinking is a small but responsible step toward a better environment for generations to come.”

“We commend the bipartisan effort of Suffolk County Legislators Sarah Anker and Tom Muratore, in sponsoring the legislation to ban the intentional release of balloons. Balloons are hazardous for sea life and are one of the most commonly found litter on our beaches,” said Charles Bevington, Chair, Sierra Club Long Island Group.

“We are very proud and happy that today’s ban on the intentional release of balloons was passed today by the legislators of Suffolk County. It’s a step in the right direction for our coastal communities as we continue to preserve and protect our beaches, marine ecosystems and wildlife,” said Susan McGraw Keber, East Hampton Town Trustee.