15 AGs Argue That Ban Is Unconstitutional, Harmful To National Security And The Transgender Community. 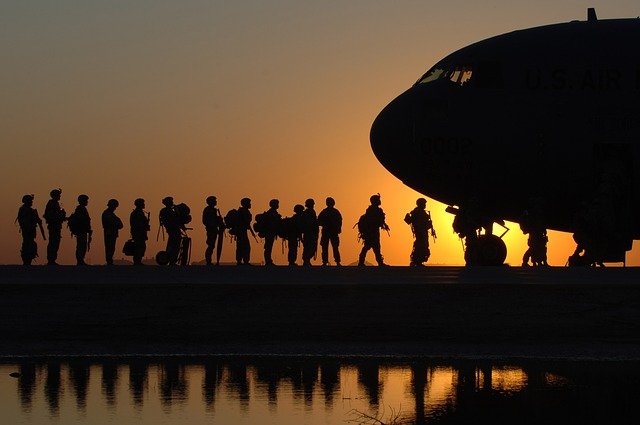 New York, NY - October 16, 2017 - New York Attorney General Eric T. Schneiderman today joined a coalition of 15 attorneys general in filing an amicus brief opposing the Trump Administration’s plans to ban open military service by transgender individuals.
The amicus brief, filed today with the U.S. District Court for the District of Columbia, argues that banning transgender individuals serving in the military is unconstitutional, against the interest of national security, and harmful to the transgender community at large. The case, Doe v. Trump, was brought by GLBTQ Legal Advocates & Defenders and the National Center for Lesbian Rights.
“Transgender servicemembers fight for us every single day. They deserve a government that fights for them,” said Attorney General Schneiderman. “President Trump’s ban is yet another unconstitutional attempt to discriminate that undermines our national security and harms the transgender community in New York and across the country. Our coalition of Attorneys General will continue to fight to ensure that every New Yorker – and every American – is treated with the dignity and respect they deserve.”
Click here to read the brief.
The attorneys general argue in their brief that transgender individuals volunteer to serve in the armed forces at approximately twice the rate of adults in the general population, and that approximately 150,000 veterans, active-duty service members, and members of the National Guard or Reserves identify as transgender.
In the brief, the attorney generals state that since adopting open service policies, “there is no evidence that it has disrupted military readiness, operational effectiveness, or morale. To the contrary, anecdotal accounts indicate that the positive impacts of inclusion were beginning to manifest, as capable and well-qualified individuals who were already serving finally were able to do so authentically.”
Additionally, the attorneys general strongly support the rights of transgender people to live with dignity, to be free from discrimination, and to participate fully and equally in all aspects of civic life, and argue that these interests are all best served by allowing transgender people to serve openly in the military.
The brief was led by Massachusetts Attorney General Maura Healey and filed by the Attorneys General of New York, Massachusetts, California, Connecticut, Delaware, Hawaii, Illinois, Iowa, Maryland, New Mexico, Oregon, Pennsylvania, Rhode Island, Vermont, and Washington, D.C.