Nassau County Police Marine Bureau accompanied the boat as it got underway for the event. 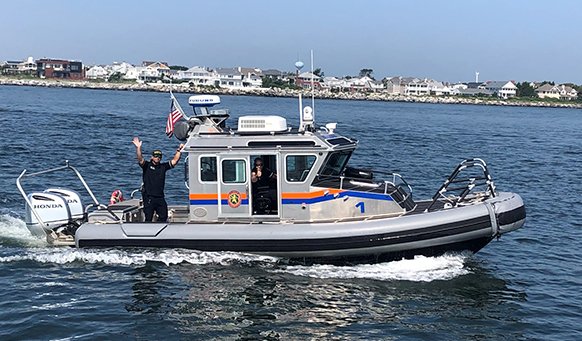 Nassau County Police Marine Bureau officers were aboard Marine 1 to welcome the widows and orphans of NYPD officers as they got underway for a day of fluke fishing last month.

The NYPD Police Anchor Club held the fluke fishing trip aboard the Freeport-based party boat, the Capitol Princess on Thursday, August 12. Over 45 parents, volunteers and supporters accompanied 25 children as they headed out for a half-day of fishing fun on the district waterways of Nassau County.

NCPD Marine Bureau officers Ed Carlson and Ryan Clauss were there to wish them good luck on their outing.