A lawsuit on behalf of Suffolk County against pharmaceutical companies and physicians over aggressive and fraudulent marketing of prescription opium-like painkillers was filed. 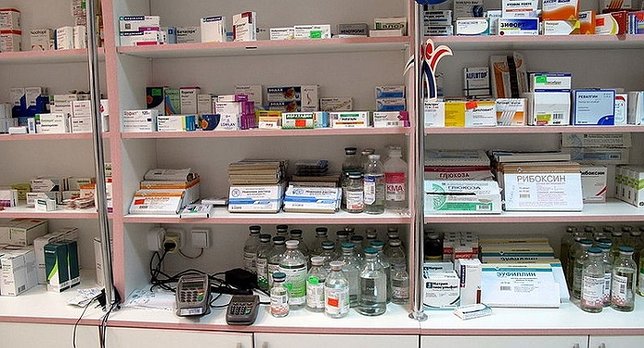 Commonly known by brand names including OxyContin and Percocet, opioids are derived from or possess properties similar to opium and heroin, and are highly addictive and dangerous, which is why the U.S. Food and Drug Administration regulates them as controlled substances.

Suffolk County, NY - August 31, 2016 - Simmons Hanly Conroy, one of the nation’s largest law firms focused on consumer protection and mass tort actions, today filed a lawsuit on behalf of Suffolk County against pharmaceutical companies and physicians over aggressive and fraudulent marketing of prescription opium-like painkillers (opioids) that has led to a drug epidemic in the county.

According to the complaint filed in the New York Supreme Court, the county including Long Island, N.Y., is seeking relief including compensatory and punitive damages for the millions of dollars it spends each year to combat the public nuisance created by the drug companies’ deceptive marketing campaign that misrepresents the safety and efficacy of long-term opioid use.

The county’s incurred costs related to opioid addiction and abuse include health care, criminal justice and victimization, and lost productivity. The lawsuit also takes into account the commission of criminal acts to obtain opioids as among the costs to society that are inevitable consequences of opioid addiction. As an example, the complaint cites the June 19, 2011, robbery and execution of four customers and employees at a Medford, N.Y., pharmacy by two prescription opioid abusers who were desperate to obtain the drugs.

“It is fair and accurate to compare this action by Suffolk County to the landmark tobacco industry litigation of the 1980s that alleged that cigarette manufacturers knew – but did not warn consumers – that smoking caused lung cancer and that cigarettes were addictive,” said Simmons Hanly Conroy Shareholder Paul Hanly, lead counsel for Suffolk County in this case.

“As a result of this litigation, we believe other jurisdictions across the country may evaluate their own monetary and societal losses due to the opioid epidemic and come to a similar conclusion about the conspiratory and fraudulent actions of drug companies that have fueled this epidemic.”

Commonly known by brand names including OxyContin and Percocet, opioids are derived from or possess properties similar to opium and heroin, and are highly addictive and dangerous, which is why the U.S. Food and Drug Administration regulates them as controlled substances.

“While opioids are considered an appropriate treatment for certain types of short-term pain and for palliative end-of-life care, drug companies have manufactured, promoted and marketed opioids as pain relievers by misrepresenting or omitting key information about the appropriate uses, risks and safety of the drugs,” Hanly said. “The defendants in this case have long known about the addictive qualities and other risks associated with prolonged use of opioids and they must be held accountable for the misrepresentations and the harms to society as a result.”

The lawsuit alleges that the defendants sought to create a false perception in the minds of physicians, patients, health care providers and health care payors that using opioids to treat chronic pain was safe for most patients and that the drugs’ benefits outweighed the risks. This was allegedly perpetrated through a civil conspiracy involving a coordinated, sophisticated and highly deceptive (unbranded) promotion and marketing campaign that began in the late 1990s, became more aggressive around 2006, and is ongoing. The National Institutes of Health also identifies drug companies’ “aggressive marketing” as a major contributor to the nation’s opioid abuse problem.

Despite a lack of scientific evidence that supports the use of opioids for long-term pain management, since 1999, the amount of prescribed opioids in the United States has nearly quadrupled to a total of 254 million prescriptions in 2010 – enough to medicate every U.S. adult around the clock for a month. In 2012, opioids generated $8 billion in revenue for drug companies.

Simmons Hanly Conroy shareholders Paul Hanly and Jayne Conroy have held court-appointed leadership roles of national scope in litigation against pharmaceutical companies brought by consumers harmed by dangerous drugs. In 2006, Hanly and Conroy successfully resolved litigation against Purdue Pharma LLP and Abbot Laboratories, Inc., alleging that 5,000 clients’ addictions to OxyContin was a result of the manufacturer’s fraudulent marketing campaign that claimed the drug was not as addictive as alternative drugs.