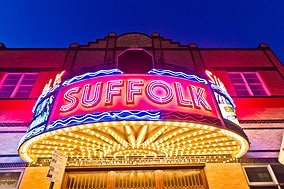 In the midst of the 1980s and 1990s pop scene, World Party released hits such as “Put the Message in the Box,” “Way Down Now,” “Ship of Fools,” and others that harkened back to the sounds of 1960s groups such as the Byrds, the Beatles, and Buffalo Springfield.  An off-shoot of famed UK group The Waterboys, World Party is Karl Wallinger’s solo project – an opportunity to delve deeper into the sounds of the 60s.

After leaving the Waterboys in 1985, Wallinger penned World Party’s first album Private Revolution, which was soon to be followed in 1990 by Goodbye Jumbo, which included guest appearances by Sinead O’Connor and members of the Waterboys – and was nominated for a Grammy for album of the year.   Between his first two albums, Wallinger was a collaborator with O’Connor for her overwhelmingly influential 1988 debut The Lion and the Cobra.

World Party also recorded for the 1990s soundtrack to Reality Bites and has a new 5-disc cd set of of b-sides and unreleased singles that is receiving critical praise entitled Arkeology.

Founded in 1933 as a Long Island answer to the great New York City art deco theaters such as Radio City Music Hall, the historic Suffolk Theater in Riverhead was restored and re-opened in 2013 by Bob and Dianne Castaldi. The Suffolk Theater presents a full calendar of music, comedy, and theatrical arts for audiences of all backgrounds. For more information, contact Steven Mullen, Director of Marketing - 631-727-4343 or via email