DEC’s pilot effort to improve collection of public input about deer impacts and desired deer population levels has concluded and is being evaluated. 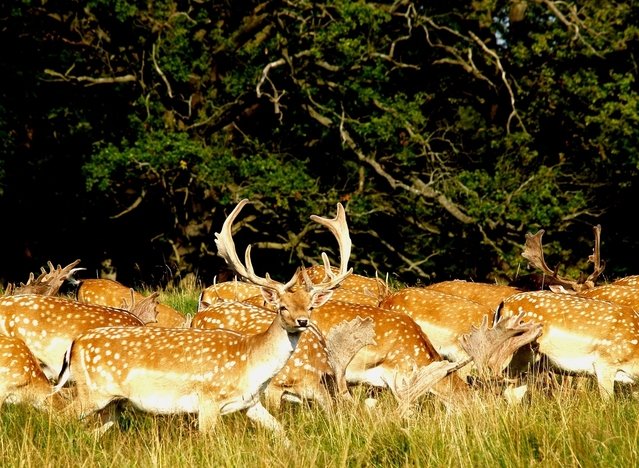 The pilot, which took place in a 1,325-square-mile area of central New York (Wildlife Management Units 7H, 8J and 8S), began with a 2015 survey of residents to gather information on the values they attribute to deer and their experiences with and concerns about deer impacts.  Out of the 3,000 surveys that were mailed, 1,456 were completed and returned.

Following considerable public outreach to advertise the program, two webinars were held in January 2016 to provide information to residents on DEC’s deer management program, the results of the public survey, deer biology, deer impacts on people and the environment, and deer management issues and challenges.  Webinar participants were then asked if they would like to volunteer to be part of an input group, and 12 of the 24 volunteers were selected.

This group held two meetings in March 2016 to discuss local deer-related impacts and prioritize issues that they felt DEC should address.  These meetings were facilitated by CCE of Oneida County, and two DEC wildlife biologists attended to answer questions and offer advice.  Although the group members had been selected to maximize the diversity of deer-related interests and perspectives as much as possible given the low number of volunteers, the prioritization of impacts identified by group participants differed markedly from that indicated by the survey of residents.

The number one priority for the input group, deer hunting opportunities, was viewed as least important by the surveyed residents; Lyme disease was identified as the number one management priority by the surveyed residents, but was identified by the input group as least important for DEC to address, along with deer-vehicle collisions.

As group participants observed, making decisions about deer and deer management is a complex task involving diverse stakeholder interests and values, which may be conflicting.  Designing a process that can address this complexity satisfactorily is difficult.  The pilot process is currently being evaluated by DEC and our Cornell research partners, and we expect to generate recommendations for refinement later in 2016.

If, after refinement, the new process proves workable and valuable, DEC intends to implement it on a routine cycle in each aggregate of Wildlife Management Units across the state to respond to changing conditions and attitudes about deer impacts over time.  DEC deer managers will consider the public’s prioritization of deer impacts and desires for deer population change, in conjunction with data on the ecological impacts of deer, as they make decisions about changes to deer abundance in each area.

Additional details on the pilot effort and its outcomes are available in the progress report, and DEC will provide more information about future developments as the project continues.