While many Long Islanders went to barbecues, warm weather was good for business on the East End this Labor Day weekend. 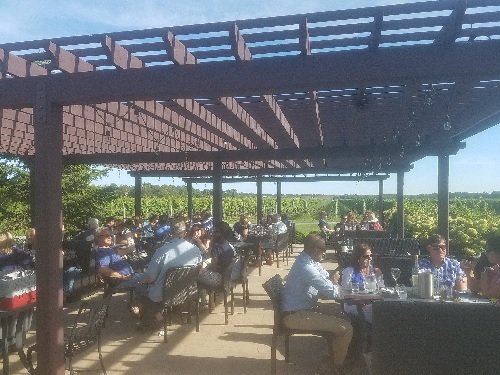 While many Long Islanders went to beaches and barbecues, Long Island’s East End including wineries and stores attracted big Labor Day crowds on Saturday, turning the holiday into a staycation and a big business weekend for many.

Although Labor Day marks the end of summer vacation for many, as well as the unofficial end of summer, it’s also a key weekend for many companies – in particular, on Long Island’s East End. .

Gappelburg said he had customers from Connecticut, New York City and Long Island, including day trippers as well as people spending the weekend.

Vineyards were busy greeting visitors and tourists on weekend getawatys and daytrips that have become a hallmark of the holiday.

“I’m constantly dining out,” Susan Nettis, a Nassau County resident, said at Raphael Vineyards. “I never took the time to go to the wineries.”

Raphael’s tables were nearly all full, as visitors ate and drank, enjoying the weather on a warm weekend that turned Labor Day into a good day for the East End.

“We have the outside area in the summer that fills up,” Julia Petrocelli-Vergari, special events coordinator at Raphael, said. “Things have been nice and steady.”

A worker at Bedell Cellars said the winery was “busy,” but that she couldn’t say anything more. After a visit to Bedell, Carolyn Thornlow, who traveled from Hastings on Hudson, said it was a perfect day to travel to Long Island.

“I went with my good friend to the wineries,” she said. “It was a holiday weekend. There’s plenty of time to relax.”

While the Labor Day weekend can be a big business day on the East End, fall can actually attract crowds that are at least as big and maybe bigger.

Petrocelli-Vergari said in the summer, many people spend the holiday at “barbecues and beaches.”

“October is busy,” she said. ”There are lines out the door. People go pumpkin and apple picking.”