Local LI Girl, Dakota Fanning and Save the Children Light Empire State Building in Honor of International Day of the Girl 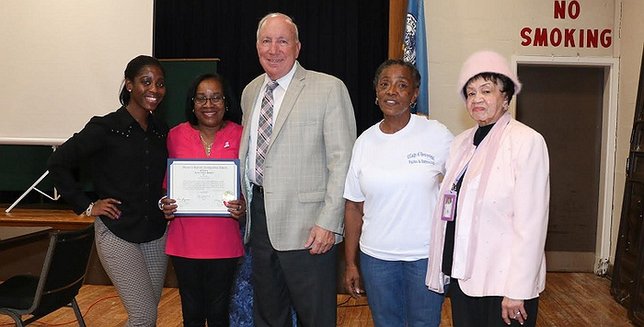 International Day of the Girl is observed worldwide annually on Oct. 11. Pictured: Dakota Fanning joins four young girls involved in sponsorship programs for the lighting of the Empire State Building in red for #DayoftheGirl.

Photo by: Save the Children.

Farmingville, NY - October 11, 2016 - Save the Children and 8-year-old Colette Prainito, from Farmingville, N.Y., lit the world-famous Empire State Building red with actress and Artist Ambassador Dakota Fanning on Tuesday, Oct. 11, in a special ceremony celebrating International Day of the Girl. Marked globally by the United Nations, International Day of the Girl is a designated day for communities and policymakers to discuss how to end discrimination against girls and create opportunities for girls to reach their full potential. Worldwide, girls are frequently marginalized in their families, communities and societies. By lighting the Empire State Building red, Save the Children is raising awareness of these issues and illuminating the need to educate and empower girls around the world. 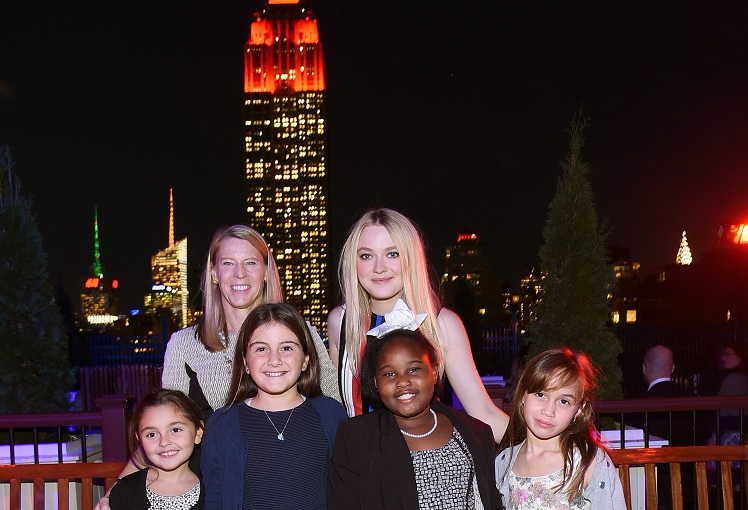 Photo by Save the Children.

Colette is in third grade at Kreamer Street Elementary School in Bellport Village, N.Y. She lives with her father Nick, who signed his daughter up for sponsorship after being approached by a Save the Children canvasser at a mall in California. Sponsorship provides children in the United States and around the world with essential aid and education to improve their well-being. Colette sponsors a little girl named Diala from Indonesia.

“I feel awesome! I feel like a shining girl on top of the world. I can’t wait to write Diala about today,” said Colette of lighting the Empire State Building. “Girls should be able to express themselves in any ways they want to and follow their dreams, like be a ballet woman, a famous singer or a famous actress like Dakota.”

Colette and Fanning were joined by Carolyn Miles, Save the Children’s president & CEO, fellow girl sponsors from the Tri-State area and a sponsored girl from South Carolina. On Oct. 11, the Empire State Building will light up beginning at sunset to recognize girls and the unique challenges they face globally.

“Every girl deserves to follow her dreams no matter where she comes from or what her circumstances are,” said Fanning, known for roles in notable films such as “I Am Sam,” “The Runaways,” “The Twilight Saga” and the upcoming “American Pastoral.” “The first step in doing that is bringing attention to the barriers girls face globally. The second step is empowering young girls to reach their full potential. This is why I am here today, honoring International Day of the Girl and lighting up the Empire State Building with Save the Children.”

Too often, girls are barred from the opportunity to learn, forced into marriage or even trafficked – limiting their lives and risking their futures. Save the Children believes it is possible to build a world in which every girl survives, thrives and realizes her dreams.

“Worldwide, girls are far more likely to miss out on school, marry too early and grow up too fast. People often talk about women’s empowerment, but that begins with girls. Together, we need to do more to ensure every last girl has a childhood, and a better and brighter future," said Carolyn Miles, president & CEO of Save the Children. "That’s why today, on International Day of the Girl, Save the Children is shining a light on girls.”

Save the Children believes that reaching girls is a critical component of ending early marriage, preventable maternal and child deaths and ensuring our collective future. The Save the Children sponsorship program, in particular, helps provide girls and boys with the necessities for a healthy and successful start to their life – nutrition, early childhood and adolescent development, education and school health. To join Colette and Fanning as a child sponsor and learn more, please visit online.

About Save the Children
Save the Children believes every child deserves a future. In 120 countries around the world, we work every day to give children a healthy start in life, the opportunity to learn and protection from harm. When crisis strikes, and children are most vulnerable, we are always among the first to respond and the last to leave. We ensure children’s unique needs are met and their voices are heard. We deliver lasting results for millions of children, including those hardest to reach.