ERASE Racism, an independent not-for-profit organization working toward racial equity on Long Island, has received a $20,000 grant from the Long Island Community Foundation in support of the organization's Education Equity Campaign, created to identify ... 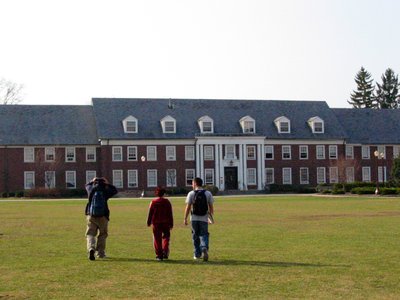 ERASE Racism, an independent not-for-profit organization working toward racial equity on Long Island, has received a $20,000 grant from the Long Island Community Foundation in support of the organization’s Education Equity Campaign, created to identify and address disparities in the resources made available to Long Island school districts.

“We are thrilled to be supported by a local foundation. This grant from the LICF means that one of the region’s most prominent grant makers believe that achieving education equity is a priority for the region and that ERASE Racism can significantly contribute to advancing this goal,” said ERASE Racism President Elaine Gross in a press release.

The grant will fund efforts to develop and implement campaign intervention strategies focused on addressing the disparate quality of education offered in Long Island school districts, including the following:

“With the support of the new LICF grant we will be able to advance the second stage of our Education Equity Campaign, which will focus on identifying intervention strategies, organizing work groups and developing an action plan for creating structural changes to Long Island’s public school system,” said Gross.

In 2009, the organization produced a compelling documentary entitled, “A Tale of Two Schools: Race and Education on Long Island,” based upon the stories of two black students from Long Island whose academic success was clearly based upon where they attended school, rather than their individual academic motivation.

ERASE Racism engages in a variety of research, education and consulting activities to identify and address institutional and structural racism on Long Island and invites active participation in its Education Working Group.