The New York State Department of Environmental Conservation (DEC) has expanded its efforts to control invasive plant species at the Underhill Preserve. 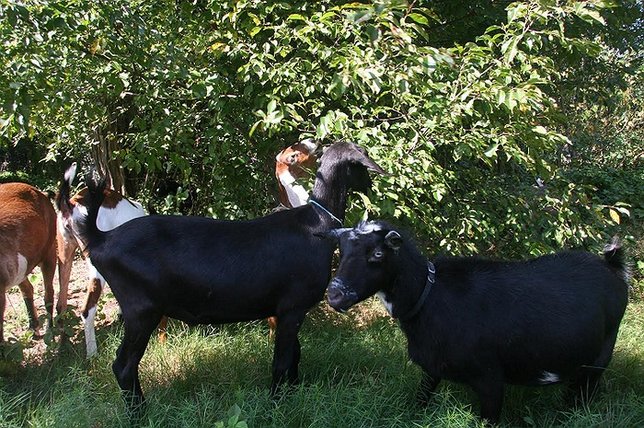 Oyster Bay, NY - August 26, 2016 - The New York State Department of Environmental Conservation (DEC) has expanded its efforts to control invasive plant species at the Underhill Preserve, DEC Regional Director Carrie Meek-Gallagher announced today. Today, DEC followed up on its 2014 deployment of a herd of goats at its Edgewood Oak Brush Plains State Preserve by bringing in a separate herd to its Underhill property. 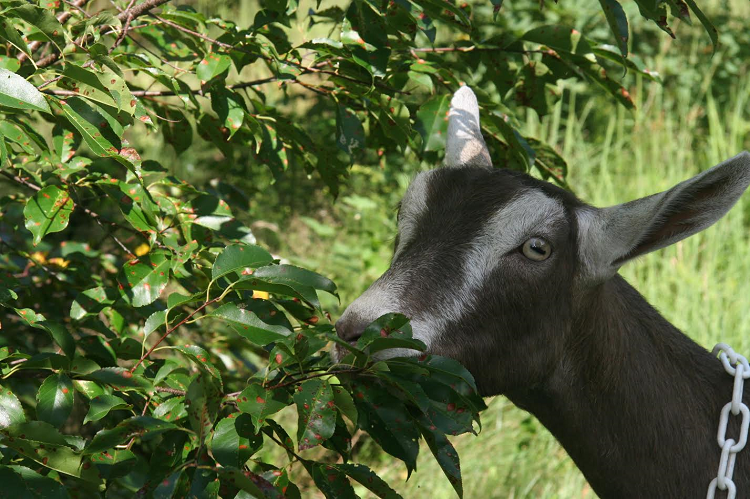 “In the past we have seen that goats can be a very effective tool in controlling the spread of invasive species,” DEC Regional Director Carrie Meek Gallagher said. “With their voracious appetites, they can chew and mow their way through thickets of invasive species far better than mechanized equipment which allows native plants the opportunity to re-vegetate their former areas.”

In 2014, DEC brought in 10 goats to its 812-acre Edgewood Oak Brush Plains State Preserve near the shared borders of Babylon, Islip and Huntington where they are credited with devouring nearly six acres of invasive species.

There is currently no designated public access to the preserve. The property is one of the fifty access projects under Governor Cuomo’s initiative to enhance outdoor recreation opportunities for all New Yorkers. Planning for public access is currently underway and will begin in the coming years.

Over the years, invasive species such as autumn olive, mugwort, multiflora rose, Japanese honeysuckle, mile-a-minute, porcelain berry, garlic mustard and other species have crept into the fields, woods, and trails that make up the property, reducing habitat for birds, butterflies and other wildlife. 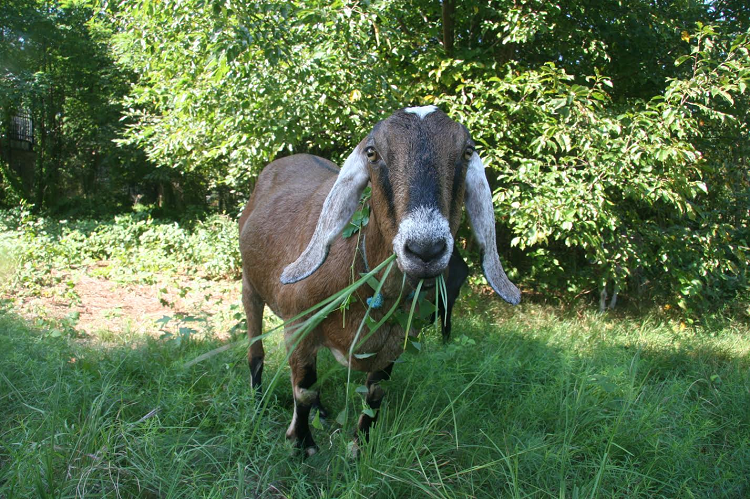 The seven goats that have been brought to the preserve and are a mixture of Nubian and domestic stock. Additional goats will be added to the herd for a total of 10 that will remain at the preserve from August until mid-October. The goats will be housed within a six-acre solar powered electric fence to prevent their escape and to protect the goats from potential predators. The current in the fence will act as a deterrent but will not harm animals that come in contact with it. A shelter will also be constructed for them. DEC Forest Rangers and natural resources staff, along with Volunteer Stewardship Agreement groups and the owner of the goats will care for the animals during their two-month stay at the preserve.

Autumn olive and mugwort are the invasive species that will most likely be targeted by the goat herd.

Funding for this project came from a $40,000 grant from the United States Fish and Wildlife Service (USF&WS) which was awarded to DEC for the management of the Underhill Preserve.

Prior to developing the plan to deploy goats to the Underhill Preserve, Huntington-Oyster Bay Audubon Society (HOBAS) worked with DEC to identify important animal and plant species within the preserve.

“We look forward to working with the DEC and the surrounding community in the upcoming years as we work to restore and maintain habitat for the protection of wildlife and the enjoyment of the public,”  Huntington-Oyster Bay Audubon Society (HOBAS) president Stella Miller said. “With invasive plant species threatening so many of our preserves, it is vital that these preserves be managed in a way that will maintain ecological diversity and health. We are pleased to receive funding that will help facilitate efforts to restore, create and protect critical bird and butterfly habitat. In the past five years alone, we have observed a steep decline in the birds and butterflies using the preserve.”

HOBAS, a chapter of the National Audubon Society, serves over 1,000 members in Huntington and Northern Oyster Bay townships and works to protect wildlife and its habitat through conservation action, advocacy, education and responsible recreation. HOBAS and other local land preservation advocates spent almost a decade fighting to prevent development of the Underhill Preserve.

“HOBAS has been indispensable through their outreach, interest and efforts in ensuring the protection of the Preserve,” said Regional Director Gallagher. “DEC looks forward to working with HOBAS in the coming months and years to restore and maintain the Preserve’s ecological habitat including the grass shrub-lands and tiger salamander ponds. We thank HOBAS for their efforts on behalf of the Preserve, the Department and the People of the State of New York.”

Invasive Species Management:
Goats are a natural way to remove invasive species and are highly effective because they devour not only the tops of plants but also their root systems, lessening the chance for plants to regenerate. Goats typically eat three to five pounds of vegetation per day. Once the goats finish their browsing season, DEC staff will evaluate the results and may attempt to replant the area with native species in the following growing seasons.

Underhill Preserve
In addition to deploying goats to combat invasive species growth, DEC is using the USF&WS grant to develop and implement plans addressing additional grassland, meadow and shrub land preservation efforts on the Underhill property. These efforts are aimed at restoring and creating wildlife habitat. Ten species of New York State (NYS) threatened and endangered plants have been documented in Underhill by a survey funded by HOBAS in 2013, with a total of approximately 350 plant species confirmed. Over 100 species of birds have been documented as well as the Eastern box turtle, a NYS listed species. The chapter is currently conducting breeding bird surveys in the preserve to add to the general avian data compiled thus far.

Also found on the preserve are monarch butterflies who are known for their yearly thousand mile plus migration to their winter home in Mexico (this species, which is in steep decline as a result of severe winter storms in Mexico and a loss of habitat along their flight path, is a late September wildlife viewing staple as they signal the transition from summer to fall as they begin their journey southward).

The Underhill Preserve is one of the fifty access projects under Governor Cuomo’s initiative to enhance outdoor recreation opportunities for all New Yorkers. This initiative has created new outdoor access projects that help connect hunters, anglers, bird watchers and other outdoor enthusiasts to hundreds of thousands of acres of untapped State-owned lands across New York.