A deal has been reached to resume the sale of American Airline tickets on Orbitz websites. 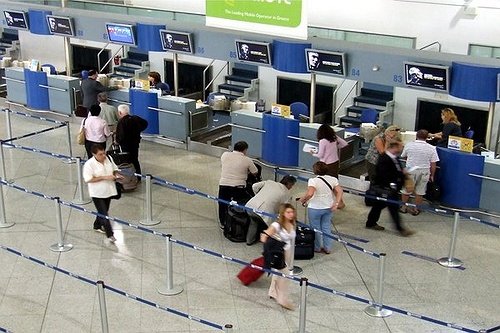 Update - 4:45 PM - A representative from Orbitz has reached out to LongIsland.com with the following statement:

"American Airlines has notified Orbitz Worldwide that as of today, its flights will not be available on Orbitz sites. Our sites offer hundreds of airlines which are eager to capture the revenue American is choosing to forego and we will continue to show our customers a broad range of flight options to thousands of destinations in the U.S. and worldwide.
Orbitz for Business is not impacted.”

Orginal Story - August 26, 2014 - If you’re planning to book travel for a flight on American Airlines for the Labor Day holiday weekend or after through one of the major online travel sites, like Orbitz, don’t be surprised if you can’t find any.

American Airlines announced today its withdrawing its fares immediately from travel websites powered by Orbitz Worldwide, which includes Orbitz.com, ebookers.com, cheaptickets.com and other sites. This is due to a dispute with the airline and travel business over booking fees.

American Airlines is pushing for lower fees to cut costs and remain competitive with low-cost carriers, but a deal has not been reached with Orbitz to allow it to do that.

“We have worked tirelessly with Orbitz to reach a deal with the economics that allow us to keep costs low and compete with low-cost carriers,” said Scott Kirby, President of American Airlines, in a press release.

Fares for US Airways, which is also under the American Airlines Group belt following the merger in December, will also be pulled from the travel sites, but it’ll be effective on Monday.

Any tickets that have already been purchased through Orbitz websites will be honored, but any changes to reservations must be made through the airline’s reservations department. This change also does not impact corporate clients using Orbitz for business.

Until an agreement is reached, consumers wishing to purchase tickets for a flight on American Airlines or US Airways may go directly to the airliners’ website or through reservations agents and other travel agencies.

This is not the first time there has been disputes over booking fees. Back in December 2010, American Airlines pulled its fares from Orbitz. An Illinois judge ruled in June 2011 that the airline company had to make its flights available to the online travel company.

Photo by shar, via Free Images.