Statue of Liberty and Other World Heritage Sites to Be Underwater with Rising Sea Level Threat Due to Global Warming, Study Finds

The impact of global warming may eventually hit natural and cultural heritage sites like the Statue of Liberty, the Tower of London and the Sydney Opera House -- submerging them underwater, according to a new ... 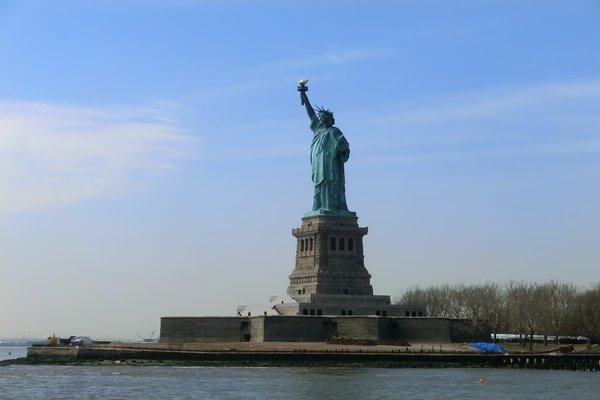 If you remember the film ‘The Day After Tomorrow,’ the sight of the Statue of Liberty overcome with seawater may in fact become a reality one day. That is according to a new study published in the journal Environmental Research Letters.

The effects of global warming means the seawater level is going up. The study’s results indicate there just needs to be a temperature rise of 5.4 degrees Fahrenheit over the next 2,000 years for the seawater level to rise as much as 5.9 feet, which would mean the Statue of Liberty and other UNESCO World Heritage sites like Independence Hall, Tower of London and the Sydney Opera House will be impacted.

Such an increase in the average global temperature is not unlikely as the seawater level has already been steadily rising, according to the lead author of the study.

The average global temperature has increased 33.44 degrees Fahrenheit from pre-industrial levels and the UN’s Intergovernmental Panel on Climate Change (IPCC) expects there could be a rise of 36.68 to 40.64 degrees Fahrenheit by the end of this century.

In addition to the loss of a fifth of the 720 UNESCO World Heritage sites, places like the Maldives, Bahamas and Cayman Islands could lose 50 percent of their land.

While 2,000 years may seem far off, if global warming continues on its current course or worsens, it can mean an earlier impact to these cultural and natural heritage sites.