UPDATE: Thousands Still Without Power After Severe Thunderstorms on LI

PSEG reported that there were still more than 17,000 customers affected by outages after last night’s storms. 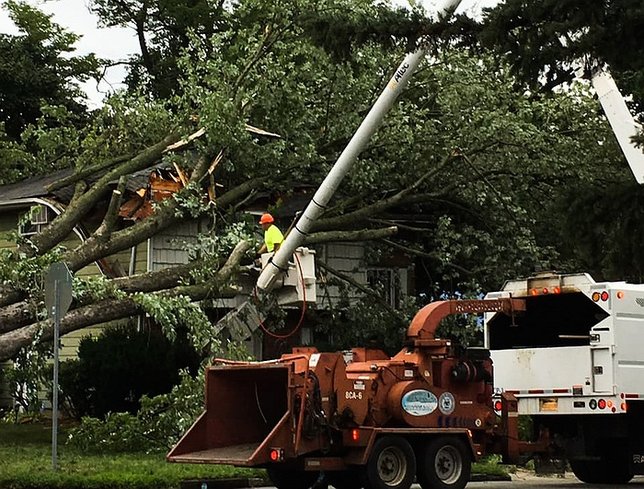 Suffolk County experienced strong winds, heavy rain and lightning that caused significant damage in the region last night. According to a statement on PSE&G’s website, the storm brought down numerous large trees, branches and wires. Hardest hit areas were the Townships of Islip and Babylon.

At 9am the utility reported that more than 24,000 of its approximately 1.1 million customers across Long Island and the Rockaways were without service. That number was reduced to a little over 17,000 by this afternoon according to the company’s power outage tracking webpage.

Crews were deployed on Friday to assess damage and make repairs. PSEG Long Island says it called in additional personnel, including tree and line crews, to repair damage and restore outages.

The Town of Babylon reported on its Facebook page that their Department of Public Works was working to clear streets and downed trees. They anticipated cleanup to continue throughout the weekend. PSEG Long Island set up a mobile informational unit at Chelsea Ave. and Little East Neck Rd. in West Babylon at 1:00pm for customers with outages. Of the 24,000 customers without power on Long Island as of this morning, 8,000 are in West Babylon.