The 5Pointz warehouses known for their graffiti art will be replaced with two luxury towers. 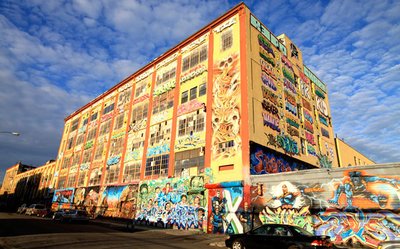 Owners of the 5Pointz brick warehouses have allowed graffiti artists to use their Long Island City properties as a canvas for years. Art outside those buildings is quickly coming to an end though as these same owners are set to demolish the builings to make room for two luxury residential towers. Lawmakers say the City Council reached a $400 million deal to fund the project.

Council Member James Van Bramer says he doesn’t want to do away with the art altogether. According to him commitments will be made to the graffiti artists with the new buildings.

“It was important for me to honor the history of the building over the last 20 years and to recognize what it had become to the graffiti and aerosol art world,” Van Bramer said told CBS News.

The owners reached an agreement which would still allow the artists studio and gallery space. The 5Pointz artistic director Jonathon Cohen will curate 10,000 square feet of art panels and walls within the luxury towers. To go along with the new art space there will be an increase in affordable units, a public parking garage, public park, and 50,000 square feet of retail space

Van Bramer says the City Council is expected to approve the plan. The project “will give Western Queens residents as well as artists a wide variety of interactive amenities future generations will benefit from,” he says.

Many are still not thrilled with the plan to tear down the warehouses. “This is an institution. It’s famous worldwide. People come from everywhere to see this. It’s a big deal,” Joel B, a graffiti artist, told CBS News. “There are a lot of people trying to fight it, and, you know, have it be a cultural landmark

The City Council is also expected to vote on controversial building plans which include a 1.4 million square-foot mall near Citified. The other part of the plan would replace the Ruppert Playground on East 92nd and Second Avenue in Manhattan with a 35-story luxury hi-rise.